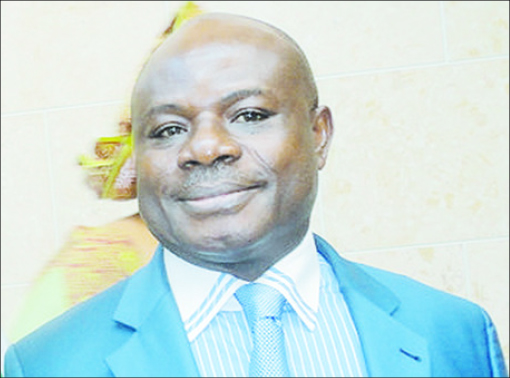 The Chief Executive Officer of Chikason Group of Companies, Chief Chika Okafor, has decried the security situation in the South East, especially in Anambra State stating that the development would affect the economic survival of the region.

He made this statement when the organizing committee for the Anambra Achievers Legacy Award (ANALEG) called on him, yesterday, at his Nnewi country home.

The committee led by the immediate past chairman of Christian Association of Nigeria (CAN), Anambra State, Rev. (Dr.) John Ndubuisi, visited the Chikason boss to convey to him his nomination as patron of ANALEG, and one of the recipients of this year’s ‘Akululu Uno Amaka’ (Think-home philosophy) award, by the organization.

Accepting his nomination as patron of the Body, Okafor regretted what he described as a worrisome state of security, and targeted attacks on security personnel and their formations in the South East.

He emphatically noted that the ugly development posed serious threat to the economic development of the region.

‘Anambra State is the heartland of the southeast; hence, any threat to its economy is a threat to the economic development of the South-East zone in general.

‘Insecurity in Anambra State may exacerbate youth unemployment and undermine the drive for investment. I will urge security agencies to increase their intelligence in order to arrest the apparent resurgence of criminal activities in Anambra State, in particular, and southeast in general,’ he said.

Spokesman of the group, Alpha Justice, said that ANALEG was an offshoot of the Igbo Leaders of Thought General Assembly, registered for recognition of excellence in public life, with Dr. Chukwuemeka Ezeife, former governor of Anambra State, as a national leader, and Justice Anthony Igu, former Justice of the Supreme Court, as a national patron.

Alpha disclosed that Okafor’s nomination as patron of ANALEG was in recognition of his pedigree as an eminent individualist, who ‘is exceptionally reliable and dependable, a great philanthropist and employer of labour.

‘You have distinguished yourself in your field and discipline as a critical thinker on nation-building. We applaud your ingenuity, good sense of patriotism, and benevolence, which have greatly endeared you to many, and as an opinion leader, a think-home philosopher, who has demonstrated the ‘Akululu Uno Amaka’ matra in practical terms.’

He urged Okafor to continue to positively impact the lives of the people and to continue to sacrifice time, talent, and resources for the general development of Anambra State in particular, and humanity in general.