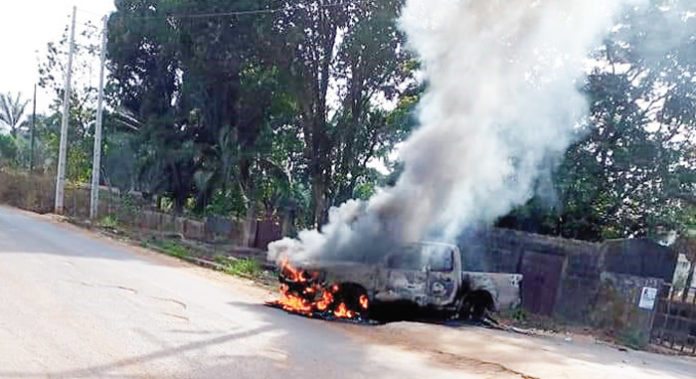 It was a bloody Thursday Afternoon in Anambra State as Gunmen reportedly killed three policemen and three soldiers who were on duty at Neni Junction, Neni in Anaocha Local Government Area of Anambra State and carted away their rifles.

According to reports, the unknown gunmen also set their patrol vehicles ablaze.

A similar incident also reportedly happened in Awkuzu, Oyi Local Government Area where three Naval personnel were killed and their guns and other military equipment taken away by their killers.

These incidents which were clear indications of the increasing rate of insecurity in the state have, since, sent shockwaves, tension, and panic across the state; leaving the people confused.

This is coming about three weeks after four policemen were gunned down in Mkpologwu and Omogho communities in Aguata and Orumba North LGAs respectively. Their patrol vehicles were equally set ablaze.