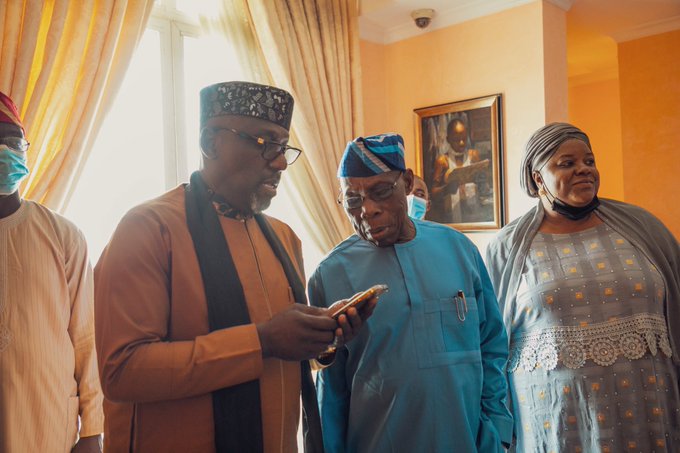 In moves that many pundits believe is not unconnected to quest to become Nigeria’s president in 2023, Senator Rochas Okorocha yesterday paid a visit to former President Olusegun Obasanjo at the Obasanjo Presidential Library in Abeokuta, Ogun State capital.

Okorocha, a two-term ex-governor of Imo, stated through a tweet that he met the former president for consultation on ‘national issues’.

His tweet read: ‘Paid a courtesy visit to Fmr. President Olusegun Obasanjo today at the Obasanjo Library Abeokuta, Ogun state… We must consult our elder statesmen from time to time to move the nation forward.’

Okorocha’s visit comes as politicians begin holding consultations ahead of the 2023 general elections.

The former governor was quoted recently to have said he would succeed President Muhammadu Buhari in 2023.