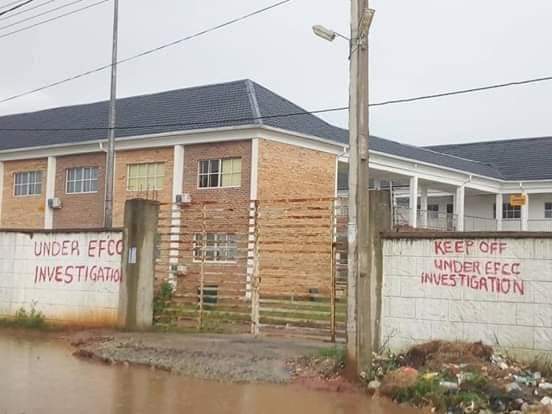 The Eastern Updates gathered that the School is owned by former Governor of the State, Senator Rochas Okorocha.

Speaking to journalists, Imo State Commissioner for Information, Declan Emelumba said apart from the school, more property belonging to Senator Rochas Okorocha which were illegally acquired has been recovered.

Read Also: Okorocha Gets 48 hours Ultimatum To Apologize To Uzodinma

Recall that the police had last month arrested Sen. Okorocha during a fracas over the government sealing of a hotel, Royal Spring Palm Hotel, belonging to his wife.

However, Sen. Okorocha was later released from the police headquarters, Owerri, where he was briefly detained and asked to respond to a complaint filed against him by the Imo State Government.

Since he left office as governor in 2019, Sen. Okorocha has been involved in a political battle with his successor, Mr. Uzodinma over control of the party structure in the state.