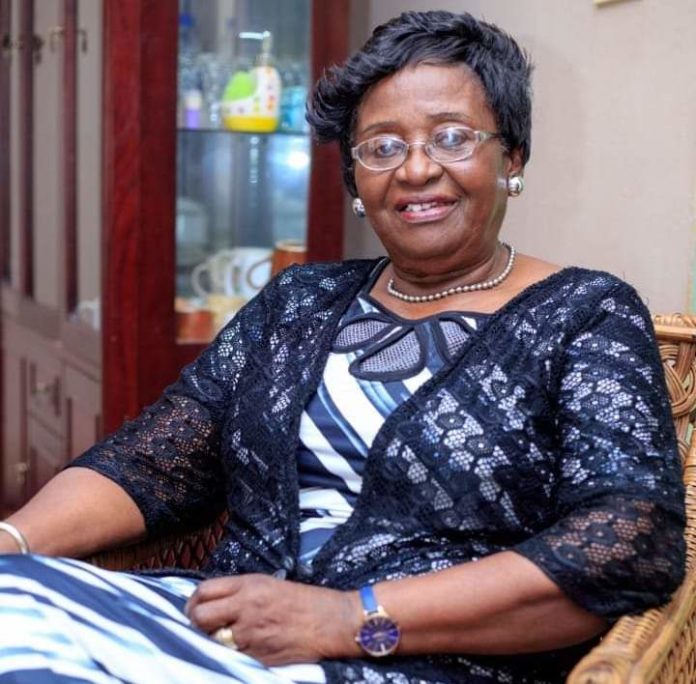 A Professor of Medicine at the University Teaching Hospital  Ifeoma Egbuonu has been inducted as one of the 82 Foundation Fellows of the Nigerian Academy of Medicine.

Prof Egbuonu is a former consultant of the United Nations International Children’s Emergency Funds (UNICEF) as well as the World Health Organization (WHO).

In his goodwill message, NAUTH Acting Chief Medical Director (CMD) Associate Professor Joseph Ugboaja described Prof Egbuonu as a consummate professional, a doyen of pediatrics in Africa and beyond, a trainer who stopped at nothing at giving her best both to her trainees and the institution.

Associate Prof Ugboaja further noted that as a foundation member of the Department of Paediatrics of the health institution, Prof Egbuonu did so much to establish ‘a sound department known for forthrightness, hardworking and productivity.’

He expressed satisfaction that Prof Egbuonu, who he said never condoned truancy or laziness, would continue to make meaningful contributions towards the development and growth of the health institution.

‘Prof Egbuonu is known for her inculcation of high moral standards for her trainees. The award is well-deserved and will sure spur her to more service to humanity. She is a medical encyclopedia and the doyen of pediatrics in Nigeria. She takes giant strides in the practice of medicine in Africa, an iroko indeed and a living legend in her chosen field.

‘Prof Ifeoma Egbuonu is the daughter of one of Nigeria’s foremost female politicians, late Chief Mrs. Janet Mokelu OON. She is a consultant pediatrician who joined Nnamdi Azikiwe University in 1993 and rose to the rank of a Professor in 2005. She has contributed immensely to both undergraduate and postgraduate medical training in Africa emerging as the first female President, West African College of Physicians since the inception of the College in 1976.

‘She has served as a consultant to Ministries of health at federal, state, and local government level and I pray God to grant her good health and long life to continue contributing to the development of mankind,’ he concluded.