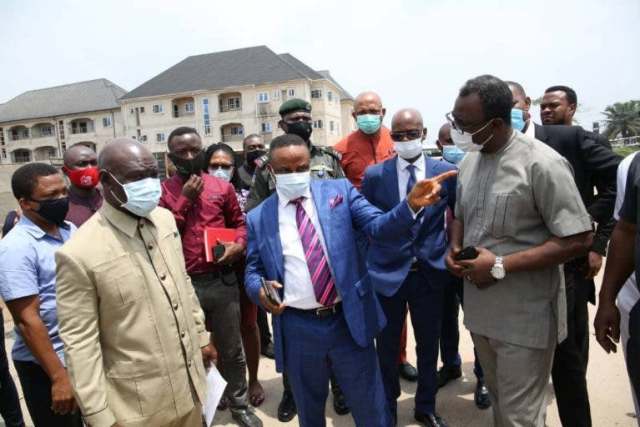 The Niger Delta Development Commission (NDDC) on Wednesday announced that it has directed the contractor handling the 24 kilometers dual carriageway linking Imo and Rivers to immediately get back to site.

Mr. Effiong Akwa, who is NDDC’s Interim Administrator, gave the order while inspecting the road traversing several oil-producing communities in both states.

According to him the road which runs through Avu-Adapalm-Etekuru in Imo to Ogba/Egbema in Rivers was a very important road project for Niger Delta.

‘This is because the 24 kilometers road project links rural communities in the oil-producing areas of Imo and Rivers.

‘So, I have charged the contractor to return to the site immediately as the NDDC is committed to building sustainable regional infrastructure, especially in the oil-producing areas.

‘I have also directed the contractor to report to NDDC headquarters so that we can work out details of what needs to be done to complete the project,‘ he said.