HomeFeaturesEnugu To Commence Operations Of Its Tech Hubs
Features

Enugu To Commence Operations Of Its Tech Hubs 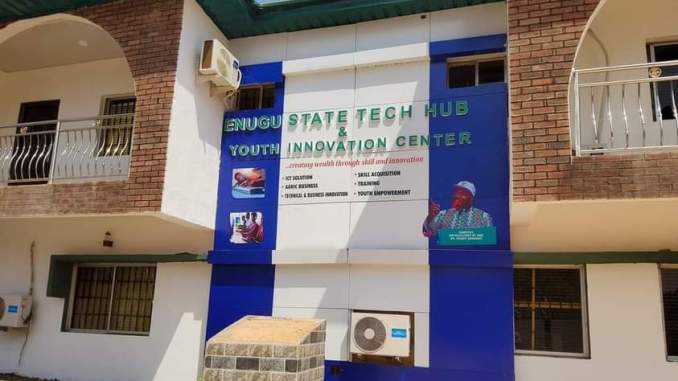 In a bid to actualize its policy on skills acquisition and youth empowerment, the administration of Governor Ifeanyi Ugwuanyi of Enugu State has announced plans to commence operations at its Tech hubs as well as the newly developed youth innovation centres.

Sequel to that move, the government has equally called for applications from qualified candidates for appointments as General Managers of the newly established State Tech Hub and Youth Innovation Centres in Enugu Urban and Obollo Afor, Udenu Local Government Area.

A statement by the Secretary to the State Government (SSG), Prof. Simon Uchenna Ortuanya, disclosed that the advertisement for the posts of General Managers was in keeping with the state government’s commitment to the immediate commencement of the two Technology Hubs and Youth Innovation Centres.

Prof. Ortuanya explained that “the General Managers shall be the Chief Executive Officers responsible for the day to day administration of the Enugu State Technology Hubs and Youth Innovation Centres”.

The SSG added that their duties also include managing the business of training youths in the centres; coordinating and directing the Departmental Heads; supervising staff matters and carrying out such other functions as may be delegated to them from time to time by the Supervising Ministry.

He pointed out that a candidate eligible for appointment as General Manager of the centre ‘must possess a good Honours Degree or its equivalent in Information and Communication Technology, Computer Science, Engineering, Administration, Management and other related disciplines from a recognized University or other institution of higher learning’.

Prof. Ortuanya who maintained that interested candidate must have a minimum of five (5) years of cognate experience in the relevant industry, revealed that ‘possession of a Master’s degree or post-graduate certificate will be an added advantage’.

The SSG, therefore, asked qualified and interested candidates to submit in sealed envelopes, their typewritten applications with ten (10) copies of relevant credentials, Curriculum Vitae (CV), two (2) recent photographs, names and addresses of three (3) referees, one of whom must be the candidate’s present employer, to the Permanent Secretary (General Administration), Office of the Secretary to the State Government, Abuja Building, Government House, Enugu, on or before March 12, 2021.