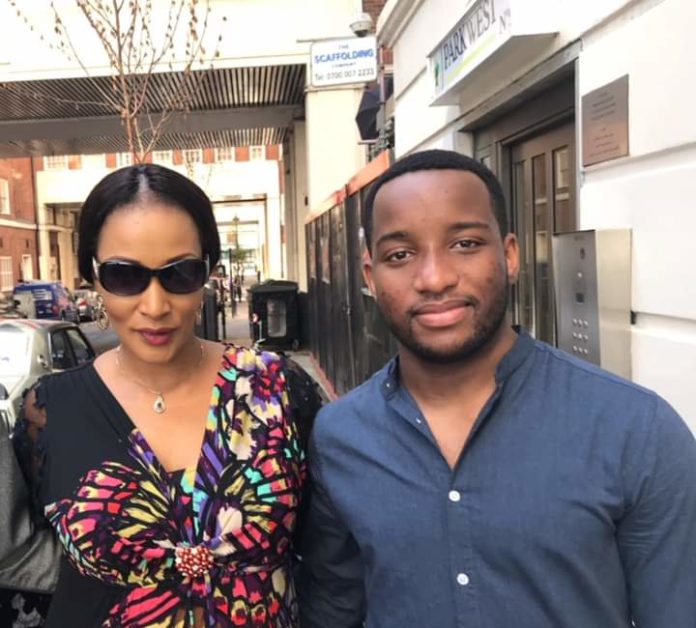 Son to a renowned Nigerian military governor of the Eastern Region and Biafran war lord, Late Chukwuemeka Odumegwu-Ojukwu has graduated from the University Of North Texas.

Eastern Updates gathered that Afamefuna Louis-Phillipe Odumegwu-Ojukwu has just earned his Degree in Mechanical and Energy Engineering from the University Of North Texas.

She said: ‘Dear Friends, please thank God with me. By His grace, my son, Afamefuna Louis-Phillipe Odumegwu-Ojukwu has just earned his Degree in Mechanical and Energy Engineering from the University Of North Texas

‘As you can all imagine, I am over the moon! It seems not too long ago I was dropping him off at UNT to embark on this degree course. Ironically, he had a penchant for smart black suits as a child, hence his friends nicknamed him ‘baby Barrister’

‘Who would have guessed his academic interests lay elsewhere! Now it’s done and dusted! This would have been a proud moment for his father, Dim Chukwuemeka Odumegwu Ojukwu

‘He always did say that Afam, named after the iconic Sir Louis Phillipe Ojukwu and fondly called ‘Papa’ was Born to Strive. So, Here’s to you, Afamefuna Louis-Phillipe Odumegwu Ojukwu……May your strivings ever be crowned with sterling success. A big Congratulations to you, Son. You were also born to win, and I am mighty proud of you. To God be the Glory.

Late Ojukwu was the leader of the breakaway Republic of Biafra from 1967 to 1970.