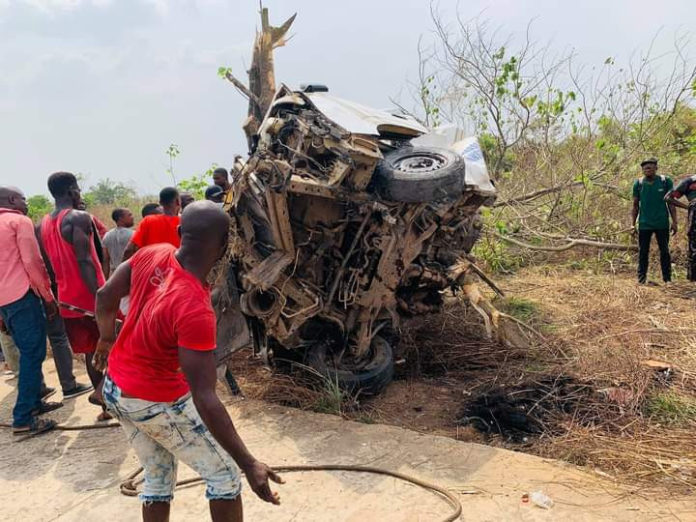 Three persons have been confirmed dead in a fatal accident that occurred along the Port Harcourt- Ebonyi expressway on Friday.

The travelers were commuting in a commercial bus with plate number Enugu UWN 109 ZT from Port Harcourt to Abakaliki, the Ebonyi state capital when they had the accident.

Three persons, two male, and a female died in the accident. Other passengers sustained varying degrees of injury while one survived unhurt.

Below are some pictures from the scene; 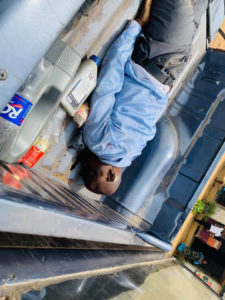 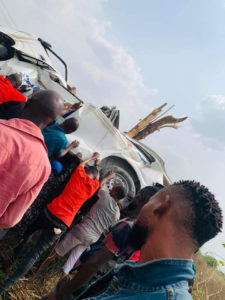 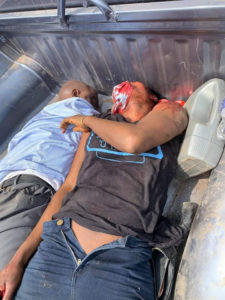