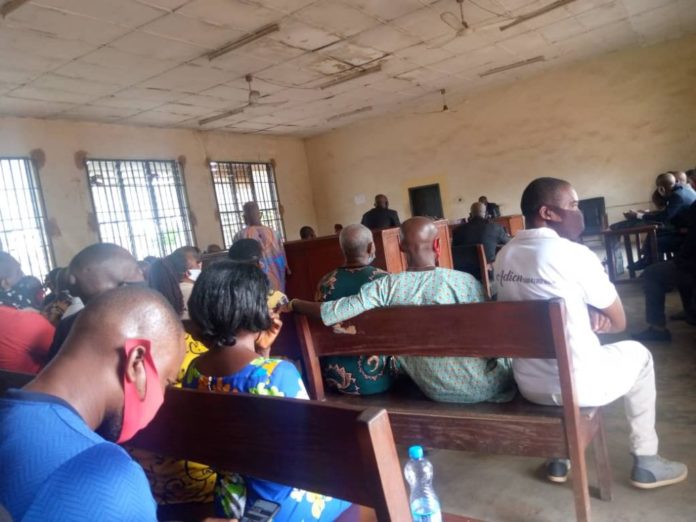 A Magistrate presiding at Magistrate Court, Abagana, Njikoka Local Government Area of Anambra State, yesterday, directed people whose matters of interest would not be immediately entertained at the court to leave the courtroom this was to contain the spread of COVID-19 pandemic, especially its second wave.

The directive, as gathered, was to ensure social distancing, even as wearing of facemasks was compulsory before entrance could be gained into the courtroom.

ABS Correspondent, Joseph Egbeocha, who was among people directed to leave the courtroom, quoted the Assistant Court Registrar at the Magistrate Court, as saying that the directive was in line with COVID-19 preventive measures, which are being espoused by the government as a whole, and the State Judiciary, in particular.

With the directive to leave the courtroom, people were seen hanging around the court premises waiting for their matters to be called up, while others were eavesdropping through the windows.

Some respondents, who spoke to the ABS, Okayed the directive since according to them, it is aimed at preventing the COVID-19 pandemic.