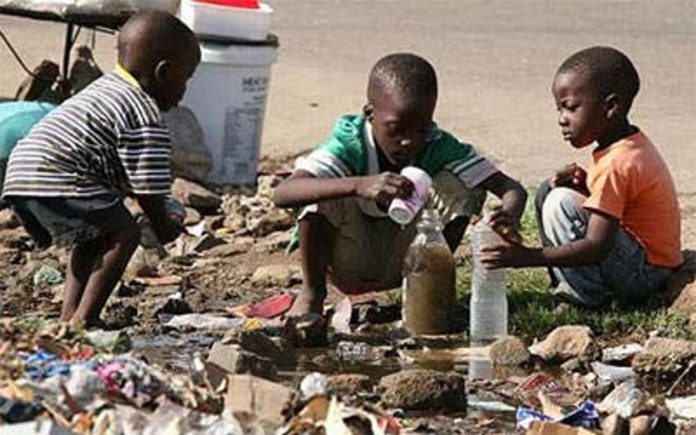 About 21 persons have reportedly died in the last two weeks as a result of the outbreak of Gastroenteritis (Cholera) in Burutu, Bomadi, and Warri South-West local government areas of Delta State.
The majority of the dead casualties were said to have breathed their last before getting to the hospital.
News correspondents learned that over 200 persons especially children, have already be infected with the disease.
Local sources said infected patients mostly children, are streaming into public health facilities within the affected localities for medical attention.
Tuomo, Tamigbe and Gberegolor are said to be the worst-hit communities in Bomadi Local Government Area.
Read Also: Exposed! Delta State Clinic Using Underage Medical Workers
Locals attributed the cause of the disease to polluted water from the Forcados River or wells, as those who could afford sachet water resort to the untreated water sources.
‘Here in Bomadi, we drink from this river that is the only source of water. You can see how dirty the river is.
‘Some persons also rely on their shallow wells or ponds. This is the cause of this cholera’, Charles Ebiye, a resident said.
According to Ebiye, the community can not explain the delay by the state government to put the multi-million naira water project in the area into use.
Commissioner for Health in the state, Dr. Mordi Ononye confirmed the outbreak in Asaba on Wednesday
Ononye said the residents drink water with a high level of iron content, adding that efforts were in top gear to unlock the water project and make the precious liquid available and affordable in the locality.
He said medical teams were on top of the situation, adding that vaccination of the citizens had commenced.
The director in charge of Community Health Services at the Delta State Primary Healthcare Development Agency, Dr. Paul Yinkore also attributed the cause of the water-borne disease to the influx of adulterated sachet water.
Yinkore who said the government was engaging a multi-approach system and rendering free services to combat the disease warned residents to beware of what they eat and drink in order not to fall victim to the disease.
‘Some of the things you are supposed to do are not far fetched from the COVID-19 protocols, which entail washing of hands and keeping social/physical distancing as well as the use of hand sanitizers,’ Yinkore said.
He listed symptoms of the water-borne disease as stooling and vomiting, even as he blamed the influx of adulterated sachet water for the resurging disease.