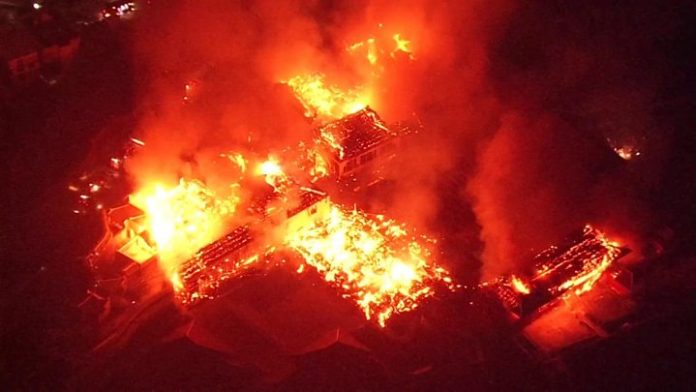 At least four houses have been destroyed in Nawfia community, Njikoka Local Government Area of Anambra State following a crisis allegedly instigated by some influential members of the community.

Indigenes of the community have called on the state governor, Chief Willie Obiano and the Commissioner of Police, Mr John Abang to investigate the crisis, with a view to meting out appropriate punishment to those behind it.

Mr Chibuzor Onwujekwe, a member of the community whose house was invaded and destroyed said the destruction was carried out by some youths in the village who were being sponsored and that the intention of the invaders was to kill him but luckily, he was away from home on the day of the invasion.

‘They destroyed my house totally and looted everything in it. Since then, I have been moving from one hotel to the other. I am not the only one affected, there are other indigenes, whose houses were also destroyed by the hoodlums.’

‘We are begging governor Obiano to wade into the matter and save the community from being plunged into crisis.’

Meanwhile, the community’s lawyer, Barr Mike Ikegbunam has petitioned the Anambra State governor, Chief Willie Obiano; Anambra police commissioner, Mr John Abang and others in a ‘Save Our Soul Message’, asking them to intervene in the crisis rocking the community.

In the petition, Ikegbunam mentioned the President General of Nawfia community, Mr Nathan Enemuo as one of those causing crisis in the community.

He also listed Chibuzor Onwujekwe, Ogochukwu Okonkwo, Dinobi Chukwuebuka and Chief Gabriel Okonkwo as some of those whose houses have also been destroyed in the crisis.

He said, ‘The problem started on 18th October, when armed bandits mobilized and led by the duo (Nathan Enemuo and BIE Nwofor) stormed Chief Gabriel Okonkwo’s house with assorted weapons, and right in the presence of everyone, beat him mercilessly.’

‘They beat him until he fainted, and believing him to be dead, they now swooped upon his house and destroyed every valuable thing in it. In view of this ugly incident, we are calling on you (Governor Obiano) to as a matter of urgency investigate Nawfia Town Union led by Nathan Enemuo and his cohorts.’

Ikegbunam asked for the suspension of the group referred to as taskforce, being used by the town union to rain terror on the people, describing it as an illegal group.