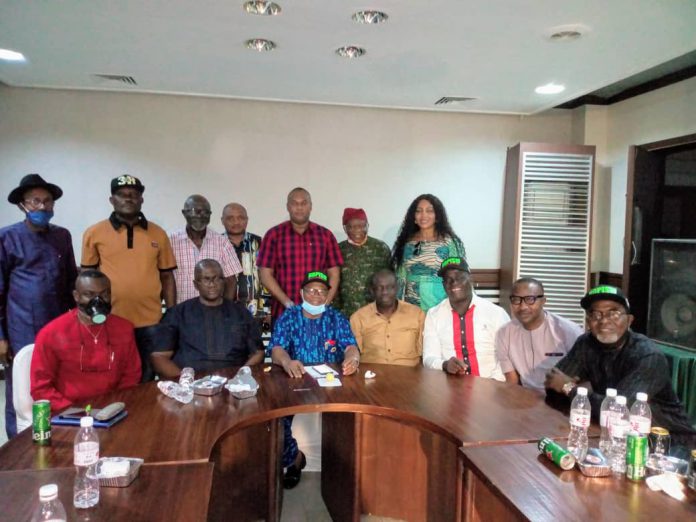 As Owerri Zonal Chapter of APC plans a grand reception for Distinguished Senator Hope Uzodinma, the Executive Governor of Imo State, critical stakeholders in the zone have rejected the self imposition of Chief Charles Amadi aka Chalvon as Chairman, Central Planning Committee for the reception.

In a well-attended meeting of leaders from the zone, the choice of Chief Amadi was unanimously rejected by all that attended the meeting.

Read Also: Ahead Of 2024 Imo Guber Race: Is Owerri Zone Getting Ready 2?

It can be recalled that without recourse to prime leaders of the zone, Chief Charles Amadi coerced Chief Lemmy Akakem and Dr. Ikay Njoku into convening a meeting of the zone were he unilaterally appointed himself Chairman of the Planning Committee for the reception of the governor.

Chief Amadi who just returned to APC after the dismal outing of Mr. Uche Nwosu at the just concluded governorship election in the state is stopping at nothing to find favour in the Governors eyes by blackmailing his brothers and sisters from the zone before the governor.

The leaders of the zone not satisfied with the antics of Chief Amadi convened an all-inclusive meeting over the last weekend were they frowned at the choice of Chief Amadi as the Central Committee Chairman for the event.

Dr. Uzoma Obiyo while reacting at the meeting condemned in very strong terms the clandestine meetings by very few of the leaders where the idea of choosing Chief Amadi as Chairman of the Committee was agreed.

He has asked Chief Amadi who appointed him the Owerri Zonal Leader of APC and when Chief Amadi could not answer the question, Dr. Obiyo asked Barr. MO Nlemigbo if he was the person that appointed Chalvon as Zonal leader of Owerri Senatorial District which he answered in the negative.  Dr. Obiyo who showed his displeasure in the choice of Chief Amadi reminded the leaders present of the popular verse in the Bible which says that ‘a new convert cannot be a bishop’.

The former deputy governor of the state and an illustrious daughter of the zone, H/E, Mrs Ada Okwuonu while speaking agreed with previous speakers. She said that for one to be appointed as Chairman of the Planning Committee, such a person must be someone agreeable to the leadership of the zone. She vehemently rejected the choice of Chief Amadi and asked him to step aside to enable the leadership appoint someone to led the Committee.

Dr. TOE Ekechi, member representing South East in the North East Development Commission while speaking told Chief Charles Amadi straight to his face that he does not have the character to lead Owerri zone.

Dr. Ekechi equivocally stated that the choice of Chief Amadi is an aberration as it negates the principles of democracy. He said that anyone to hold such position must be someone amenable to the populace and whose public conduct is not questionable. Dr. Ekechi further advised leaders to be careful in choosing someone to lead as the face of such a person can make or mar the party in the zone.

Other speaks after Dr. Ekechi agreed with him. They stated that a person who should drive such important function must be someone that has charisma and one with human face. The leaders present unanimously condemned Chief Charles Amadi in maligning his fellow Owerri Zonal indigenes before the governor. They advised him to desist forthwith from backbiting as it will lead him to nowhere.

It was equally observed that Chief Charles Amadi, the self-acclaimed Chairman of the reception planning committee also appointed himself Chairman of the Finance Committee for the same reception which made leaders of the party to be suspicious of his intentions towards the reception. The meeting ended in deadlock and to be reconvened in a later date.