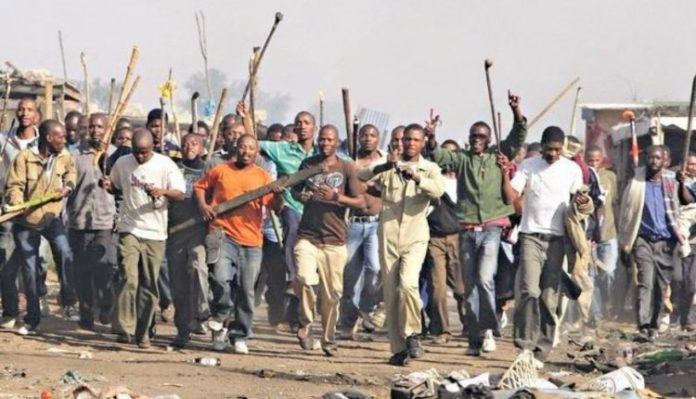 The deceased were said to be a nine-year-old boy and an aged man whose identities had yet-to-be known as of press time. Apart from the deaths, three houses were also reported to have been razed.

It was gathered that the fresh crisis started when attackers from three Cross River communities in Obubara Local Government Area invaded Obeagu Ibom village and began to shoot indiscriminately at the villagers.

A resident of Obeagu Ibom village, who spoke to City Round on condition of anonymity, said many villagers had deserted the community due to the crisis.

He said, ‘The attackers from Cross River took over our village and the villagers immediately relocated to the neighbouring communities. Later, the police were able to restore peace after the attackers left two people dead and burnt three houses. Three villagers are missing. The deceased’s bodies were seen on the road but no one could identify them yet.’

The state police command on Thursday confirmed the incident. Speaking through the state Police Public Relations Officer, Mrs Loveth Odah, it noted that the situation was under control, adding that the state Commissioner of Police, Mr Philip Maku, had ordered security to be beefed up in the community.

She said, ‘The DPO of Izzi Division said he led a team to the Obeagu Ibom village in Amachi community, which was attacked by Ijega, Apiamkpum, and Orinya communities – all in Obubara in Cross River State.’

‘It was earlier difficult to enter the warring communities as the men from Cross River State were seen aggressively around there but yesterday (Thursday), the police in Ebonyi State succeeded in entering Obeagu Ibom village.’

‘Some houses were burnt; some were also damaged. Two persons were killed – a nine-year-old boy and one adult male, who have yet-to-be-identified. The corpses were seen as the villagers were deserting the village to a nearby community.’