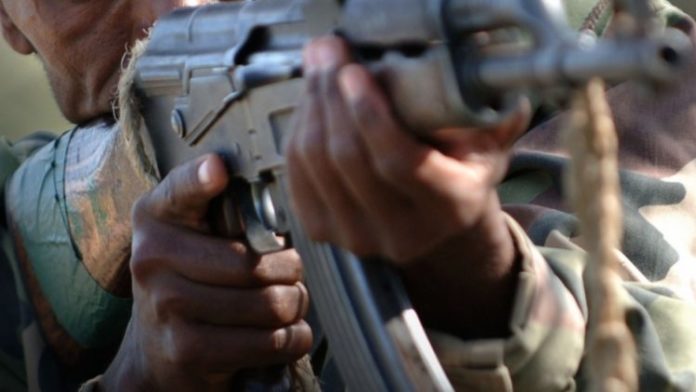 Gunmen Sunday night reportedly killed one soldier, injured another soldier and a policeman in multiple attacks at Owaza in Ukwa West Local Government Area and Aba, in Aba South LGA.

The soldiers attached  to 144 Brigade, the Nigerian Army, Asa, were  on duty at Owaza when the gunmen attacked, killing one of them and injuring another.

The gunmen were alleged to have carted away the soldiers’ riffles.

A military source who confirmed the attack and death of the soldier, disclosed that the injured officer was receiving medical attention at an undisclosed medical facility in Rivers State.

In a related development, gunmen numbering about 15 on the same night at  a  police checkpoint on Azikiwe Road, Aba, attacked some policemen on duty.

While the hoodlums were said to have inflicted one of the police officers with  severe machete cuts, two of the men of the underworld were gunned down by the  police who overpowered them.

According to a police source who spoke on the condition of anonymity as he was not supposed to speak with the press, said the injured policeman was receiving medical attention at  Aba General Hospital.

Abia state Police Public Relations Officer (PPRO), Geoffrey Ogbonna, said the police have arrested a suspect who has been  helping them  in  investigation.