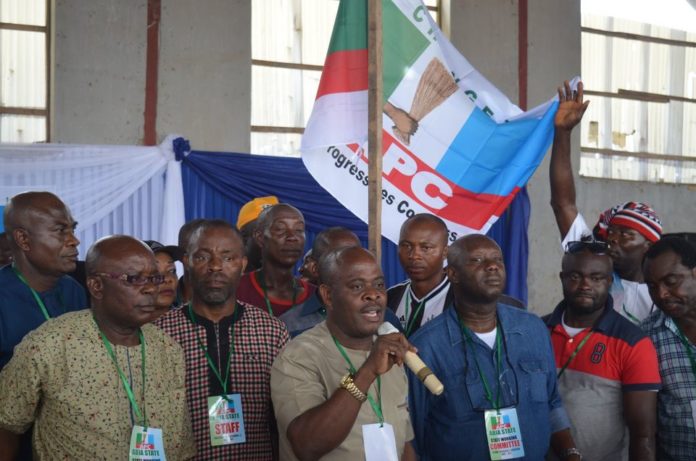 As part of moves to reposition the party for the 2023 election, the Abia State chapter of APC has commenced a tour across the 17 local government areas in the state.

The party also says the tour will allow it to hold town hall meetings with key stakeholders.

In a statement issued on Saturday by the Publicity Secretary of the party in the state, Comrade Benedict Godson this tour which is geared towards taking the APC to a new height took off from Umuahia South Local Government Area.

The release says, “The Chairman made it clear that the meeting is aimed at taking APC to the grassroots, as every politics is local. He stressed that no politician or party can function properly without a strong grassroots support.

“The party will extend the Town Hall Meeting to other LGAs with the aim of reawakening the grassroots political zeal of all our members for the task ahead and cohesion and harmony.”

While speaking on the tour, Sen. Chris Adighije said the party has started a movement for complete victory.

He described the tour as a wonderful idea and advised the Chairman to ensure that the tour is carried out all over the 17 LGAs.

He commended the Chairman and his Exco for mapping out the idea of the tour.

He assured that the APC members in Umuahia South will make sure that they do their homework properly and push APC to a winning status in the LGA.

Sen. Chris Adighije prayed for all the members of the party in Umuahia South asking God to promote each and every one of them to greater heights.

He advised them to embrace peace and remain resolute.