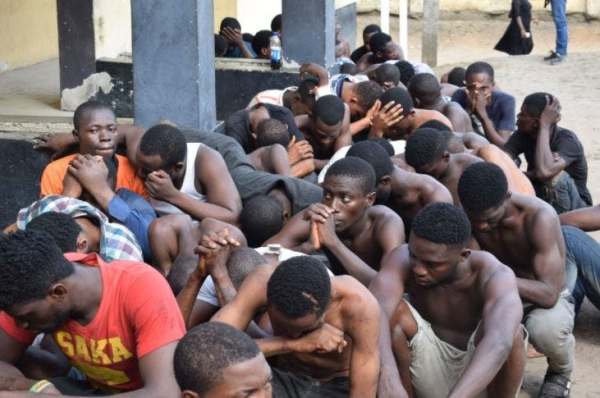 A 16-year-old suspected cultist was among the 81 criminals paraded by men of Anambra State Police Command on Monday. He had brought a double-barrelled gun to his (secondary) school compound at Igboukwu in Aguaata Local Government Area of the state.

The command said the arrests were part of efforts to stem the tide of cultism and other nefarious activities in the state during the ember months.

According to the police spokesman, out of the number, 40 had been charged to court, while 15 were screened and released unconditionally.

Also, he added, five of the suspects were placed under police supervision for being underaged, while 20 suspects confessed membership of the cult groups.

The Commissioner of Police, Mr. John Abang, commended Anambra people for providing the command with actionable intelligence and reassured the public of adequate protection.