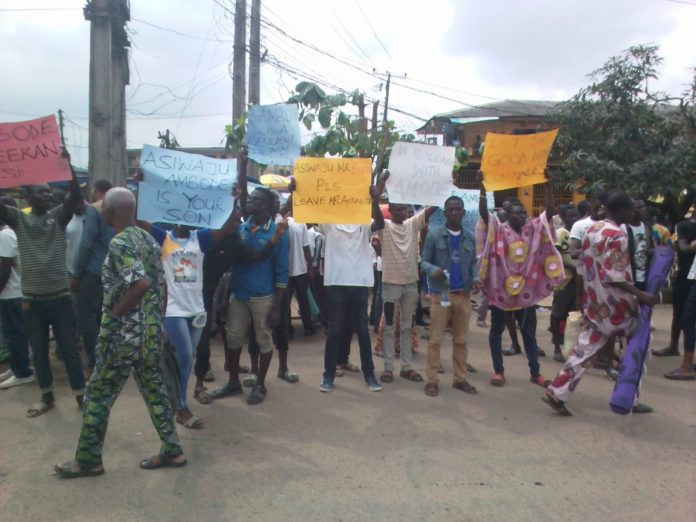 There was tension in Umuahia, the Abia State capital, Tuesday morning following a protest by rickshaw (Keke) operators.

The protest, which began as early as 7:00 am, was reportedly triggered by the new policy of the leadership of the Keke public transport union for members to purchase their daily operation tickets online.

Another cause of the protest was said to be alleged extortion and intimidation by task force teams and security personnel.

The protesting keke operators caused gridlock for several hours along the major streets of Umuahia metropolis, using their tricycles to block the roads against traffic.

Many road users on their way had to disembark from their vehicles and trek to their destinations.

The keke operators were seen carrying placards, some of which read, ‘No more online ticketing’, ‘No more police brutality and intimidation’, ‘No buying of ticket online’, and “Government should disband the task forces on the streets.’

Some of the commercial keke operators who spoke to our correspondent said it was callous for the union leaders to ask them to pay daily tickets online which they have been paying over the years at designated points without hassle.

They vowed not to accept the online payment policy, saying, apart from the process being cumbersome for them, they would also have to spend more money.