ECTDA: The Quest For Urban Renewal, Revival In Enugu 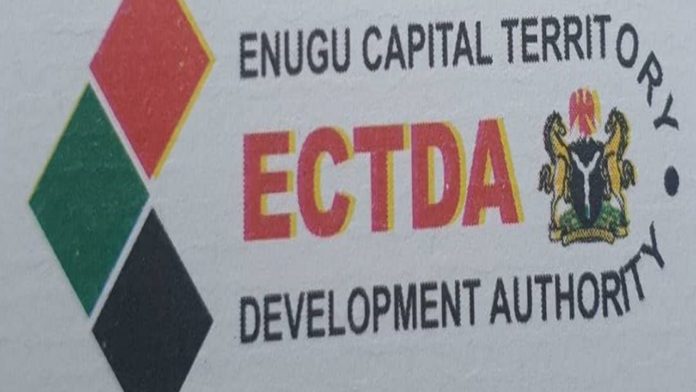 If there is anything that those who knew the historical antecedents and position of Enugu appreciate most, it is the very unique urban planning and layout that define the city.

As the city played its role as the capital of the former eastern region, it continued to serve the growing population of residents through the classical demarcation of layouts that underpin the mix of industrial, commercial and residential purposes.

Consequently, from the colonial masters through the immediate pre-independence and post-civil war era, the Coal City master plan has continued to serve as a reference point for modern city engineering through environmental design and planning.

Sadly, following the devastations of the Nigeria civil war and the surge in human influx into the city, the expanding impact of population growth and declining interest in adherence to the original master plan led to gradual but steady depreciation and defacement of the urban harmony, both in infrastructure and fidelity to layouts.

Coal city residents, both at home and in Diaspora recall with nostalgia the serene, sane and ambient environment of Enugu, and wished for a rewind in the hands of the clock. The old boys and girls noted with great pain the gradual loss of the original Enugu master plan, occasioned by infrastructure deterioration, amid the fast growing urbanization that came with squalor and chaotic transportation systems. The City, no doubt, needed a rescue mission to arrest the drift and decadence so that the Eastern Nigeria capital could retain its glory as the pride of East.

Eleven years after, it is now settled that the ECTDA remains a welcome agency that has helped to restructure and elevate the status of Enugu capital city, guarding and upgrading the infrastructure within the capital territory that has brought decorum to the way people behave and act.

The coming of Governor Ifeanyi Ugwuanyi, no doubt, made to crescendo the reactivation of ideal structures that were meant to make Enugu an ideal city of the time. Traffic enforcement and road markings remain in vogue, while constructions of shanties in slums have been curtailed. Earlier than now, the three local governments that make up the capital city were not quiet in congruence in terms of development, but with Ugwuanyi’s intervention, the ECTDA was able to centralize approval plan and began to demolish some of the shanties that defaced the city.

On the city esthetics, planting of trees took off, bringing esthetics of the city to a modernized state. Road sweeping machines are still there, complemented by an increased number of manual sweepers employed by the present administration. I would be recalled that the ECTDA supervised the renovation of the old Eastern House of Assembly, the town clock and the Tusk monument beside the Zik statue, while ensuring that potholes are being fixed for revival or modernization of the coal city that has remained unparallel in any south east city.

At a point, the Rockefeller Foundation in New York, USA named Enugu and Accra-Ghana as the most modern promising cities in the whole of Africa and such milestones made the very reasonable publics happy that the illegal structures that constituted nuisances and obstruction to better living within the capital city were removed.

Work in progress continued since 2015 with the coming of Governor Ifeanyi Ugwuanyi who energized the agency and fortified it with more executive and legislative support, leading to 2019 when thefortune, dynamic and direction of ECTDA changed immediately Governor Ugwuanyi appointed Dr. Josef Umunnakwe Onoh, as chairman of ECTDA. The coming of Onoh at a time the ECTDA was coming of age had a lot of historical imperatives as a respected scion of the legendaryAninefungwu, Onoh the father of Enugu State.

Onoh stands out in the leadership of ECTDA as one with a better institutional memory of what the Enugu capital city was and is supposed to be. He embarked on his mandate with delight as one abreast with the original master plan of the Enugu Capital Territory of yesterday, today and tomorrow. Under his watch, the Ugwuanyi administration has recorded monumental achievements with relaxation of some of the initial measures that tended to force offenders to comply with civil obedience such as flagrant abuse of traffic rules and placed absolute trust for compliance on the democratic citizens.

As influx surges, the ECTDA has continued to readjust residents to world-class development controls, penetrating major parts of Trans-Ekulu to redirect traffics and harmonize commercial obstructions that constituted congestion at Dhamija junction. Same goes to the old GRA, New Haven, Ogui Township, Independence layout, Uwani and other parts of the coal city.

Some of the Governor Ugwuanyi’s achievements in the Capital City maintenance and facelift include the removal of traffic from Nike Lake road, by readjustment of the Timber market; recovery of encroachment within the service lanes at all major dual carriageways within the capital city and restoration of sanity at Holy Ghost/Ogbete main market areas.

On observation of bogus roundabouts such as at P&T junction, Otigba and Park Avenue, Ugwuanyi reduced their circumferences and successfully relocated Kenyatta building materials market to its permanent site in Ugwuaji International Building Materials market. At ESBS junction, street traders market was constructed to decongest the carriage way, just like the ECTDA beautified the Akanu Ibiam airport roundabout with a monument aircraft in memory of 83 passengers and two crew members who died in the 1983 plane crash in Enugu.

The Agency under the Ugwuanyi administration has distilled blocked drainages within the capital city, opened all blocked link roads at Trans-Ekulu to ease traffic and constructed auxiliary lanes at Okpara Avenue by Tunnel cross, Trans-Ekulu and recovered 7.2 hectares of encroached land for Akanu Ibiam International Airport.

Munachiso, an environmentalist writes from Enugu