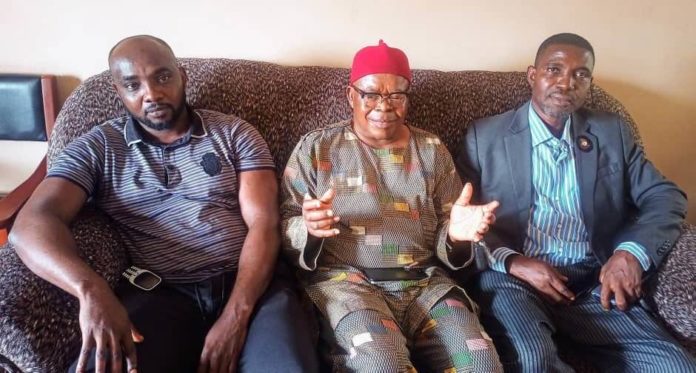 Ugwuaji community in Enugu South Local Government Area of Enugu State has kicked against the panel of inquiry set up by the Enugu State Government to look into the land crisis in the area, insisting that their land was not in dispute.

The community, in an appeal to Governor Ifeanyi Ugwuanyi, noted that the land in question was shared by the community and sold to individuals who had already started developing the site before the state Ministry of Housing surfaced there to take possession.

An indigene of Ugwuaji, Mr Egbo Okechukwu, who recounted their ordeal in a press conference in Enugu, yesterday, said since the land was not in dispute that the constitution of the panel was unnecessary.

“The setting up of the panel is not addressing the issue. They said they are setting up the panel to address the land dispute in Ugwuaji.

“This is not a dispute. They are entering this land; they are taking it by force.

“I have a video, which was taken on the 9th of June, which has a preview of the development and the houses that people had built. But if you look at the level of destruction, you will cry. We are appealing to the governor, who is like a father to us to intervene and stop these people from taking our land from us,” he lamented.

One of the landlords, Mr Onyekachi Ngene, who was displaced from Maiduguri, Borno State by insurgency after living there for 27 years, said he sold everything he had at the height of Boko Haram insurgency and returned to Enugu where he planned to resettle.

He bemoaned that the land, which he bought for the purpose was now about being taken away by government.

He said: “I plead with them to investigate thoroughly and find out who the true owners of the land is. Most of us, who bought the land, are civil servants and pensioners. I did not acquire the land illegally.”

Another landlord, Mr Anayochukwu Mbeze, said they had invested their entire savings to acquire the land, which the government was now trying to take away from them.

He stated that some of them acquired the property through loans from financial institutions, which they were still servicing.