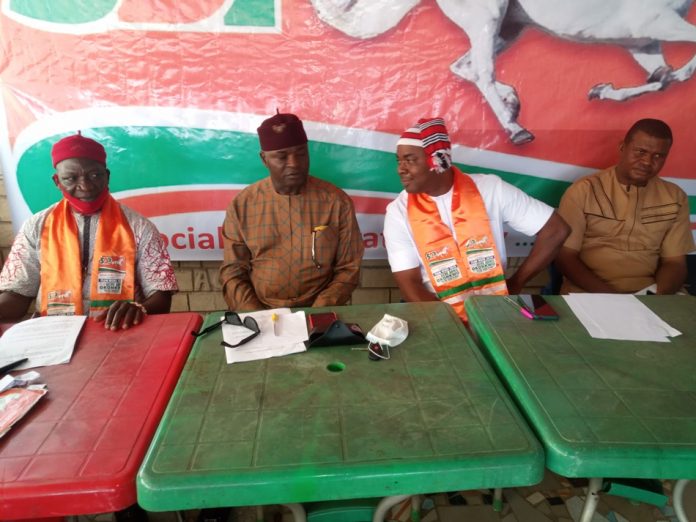 Leadership of the Social Democratic Party (SDP) in Anambra State has vowed to reclaim the state’s Government House in Agu Awka in 2021 which it lost about 30 years ago.

The party had in 1991 won the governorship election in the state with Chief Chukwuemeka Ezeife as the state’s first governor but their stay in government house was cut short by the military.

Chairman of the party in the state, Dr Webster Okonkwo, at a press briefing in Awka, the state capital, made it categorically clear that the SDP was back to take over the reins of power after the 2021 governorship poll.

“It could be recalled that the good people of Anambra State voted massively for the then SDP governorship candidate, Dr Chukwuemeka Ezeife, during the 1991 gubernatorial election.

“That sacred mandate remains unfulfilled and as we draw closer to the 2021 Anambra State governorship election, I wish to express the readiness of the party to reclaim its mandate at the polls.

“The faces and personalities may have changed, but the core message, the ideology and the manifesto remain the same. We believe in our people, we rely on our people, and we must invest on our people. In a nutshell, SDP was, is, and will remain people driven, people focused and people oriented.

“Our capacity to move the state forward was never in doubt. That trust remains intact 30 years after. The think-home philosophy of the Ezeife administration signposted the foundation of the then new Anambra State and today, the renewed quest for accelerated development is driven by the Akulueuno mantra.

“Is that a coincidence? Perhaps, it points to a return to the drawing board and SDP is part of that drawing board.

“Today, the Social Democratic Party, Anambra State is determined to partner with our people to ensure the emergence of a new, credible, functional and deep rooted leadership for Anambra State with a view to harvesting in full the dividends of democracy and putting in place a socio-economic system that will be of benefit to all.

“Substantially, an SDP led administration will promote a production and export based economy that will ensure a clear departure from the consumption economy in place today. This will translate to a shared prosperity within a welfare state.

“Specifically, I wish to announce that SDP will actively participate in the 2021 Anambra State governorship election by the special grace of God. Machineries are already in motion towards that.

“The party will in no distant time constitute a search panel to identify governorship aspirants whose policies and programs are in tandem with the manifesto of the party.

“The supremacy of the party cannot be compromised in any way and as such only a candidate with social welfare credentials will be allowed to fly the party’s flag”, Okonkwo said.