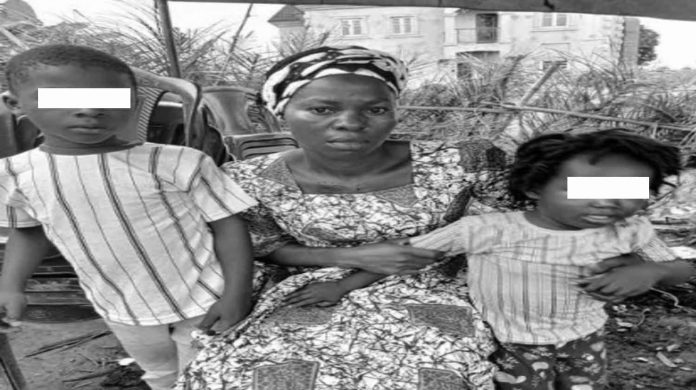 Widow of a slain Basil Onwukwe, Mrs Loveline Onwukwe, from Amaeke-Oduma in Aninri local government area of Enugu state has cried out to law enforcement agencies, asking the authorities to bring to prosecution her husband’s alleged killer, from a nearby village.

Mrs Onwukwe said that apart from the unbearable loss of the family’s breadwinner in January 2020, she has been more tortured seeing her husband’s killer parade the community with arrogance.

Similarly, the Oduma community asked Governor Ifeanyi Ugwuanyi to set up a judicial panel of inquiry to investigate the age-long crisis between Amaeke and Amagu autonomous communities, which brought about the killing of the late Basil Onwukwe.

The Enugu community and the widow, Mrs Onwukwe, made the pleas, last weekend, during the burial of Onwukwe in Amaeke-Oduma.

Mrs Onwukwe said: “That I and my two children are feeding is through the efforts of the community, they contribute food items for us.

“The most agonising part of this incident is that the man who shot my husband was set free by the government and has been walking through the community as if he did nothing.

“My fear is that I don’t know if he will equally come to kill me. My other concern is that I don’t have a job. If the government can provide me with a job, I would be grateful so that I can train these children my husband left behind.”

Members of Amaeke community in a rampage during the burial ceremony called on the state government to bring the perpetrators of the killing to book.

President General of the community, Comrade Martins Ori recalled that Onwukwe’s death made it the third victim arising from the age-long land dispute between Amaeka and Amagu-Oduma autonomous communities.

Ori also disclosed that properties worth several millions of Naira have been lost to the crisis, and expressed fear that the dispute was gradually affecting other villages in Oduma.

He also alleged that the killer of the late Onwukwe is still moving around freely, insisting that his prosecution would not only bring about justice but would also serve as a deterrent to others.

Leader of Oduma Peace Ambassadors, a group set up to reconcile the two communities, Chief Emmanuel Akpa commended the quick intervention of the state government and suggested that a capital project should be cited in the disputed land to avoid reprisal attack and further occurrence of violence.

Chairman of Aninri local government council, represented by Secretary to the local government, Mr Paulinus Amobi, assured the community that the government was working towards permanent resolution of the crises and urged them to remain law-abiding.