Anambra Zoning Brouhaha And The Attraction Of Personal Interests 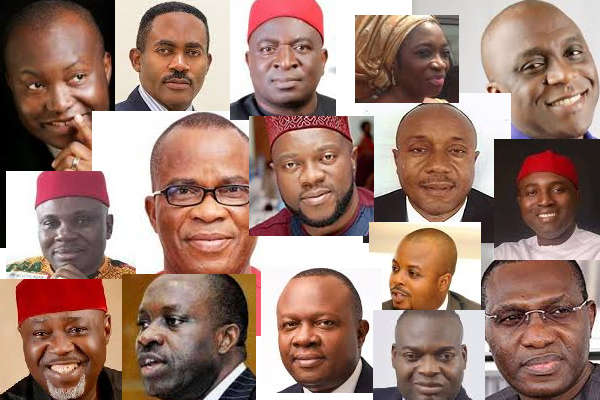 Apart from the 2023 presidential election and the need to cede the presidential slot to the people of South East for the sake of equity and political inclusion, the Anambra State 2021 gubernatorial election is also enjoying the headlines on a daily basis. A lot of written articles have argued persuasively for other Nigerians from the North and the South to allow the South East produce the Nigerian president in 2023 so that the South East which is one of the tripods that formed Nigeria at inception in 1960 can have a sense of belonging and really feel that they too are part of the Nigerian project.

The South West through President Olusegun Obasanjo ruled the country from 1999 to 2007. The South-South people through President Goodluck Jonathan ruled Nigeria after the death of President Umaru Yar’Adua to 2015 when he lost the election to General Muhammadu Buhari, the incumbent president whose tenure will elapse in 2023. As power returns to the South in keeping with the power rotation principle between the North and South, equity demands that it should go to the South East.

There is no doubt that many Nigerians are agreed that this is the true position. It is good that this issue has hugged the headlines recently and it is not going to fizzle out soon. What is vital is that the politicians from the zone should keep up the tempo by shaking hands across political divides to ensure that the 2023 project is actualised. The Igbo need the support of the North, the South West and the South-South to make this dream a reality.

This same ‘zoning therapy’ goes for the Anambra gubernatorial election which comes up next year. The contestants are already creating awareness of their intention to take over from the incumbent Governor Willie Obiano and take the state to the next level of human and material development.

One thing good about Anambra election is that they have highly qualified candidates. They have men and women who the late Dr. K.O. Mbadiwe would refer to as “men of timber and calibre.”

The state parades what can be referred to as the best among Ndigbo in every field. In fact, ‘Ndi Anambra nwere madu’. Anambra has notable people, people who cannot be said to be highly educated who still want to rule the state as well because of having deep pockets. The Anambra people know them and there is no point naming them. But among those who will be contesting the election, one person so far who has come out to say that he is interested in the Anambra 2021 election is Chief Valentine Ozigbo.

As an Accountant, Ozigbo has worked in many banks and other organizations. He was the Managing Director and Chief Executive Officer of Transcorp Hotels Plc. from October 2011 to December 2018. Based on his industry experience, Val Ozigbo might be said to have what it takes to govern the state well and take it to the next level.

Other people who may contest the election include former governor of the Central Bank of Nigeria, Prof. Chukwuma Charles Soludo, Dr. Chris Ngige, Dr. Andy Ubah and Dr Obiora Okonkwo.

But one issue that may tear the state apart is zoning. While the people of Anambra South would like the politicians and the stakeholders to respect the zoning arrangement in the state, some elements from Anambra Central and even Anambra North are rooting for an open contest for all the zones. However, it should be pointed out that the power rotation in Anambra among the three senatorial zones has stabilised the polity and made it less acrimonious. It must be noted that Anambra North got to the leadership position because of zoning.

Therefore, equity demands that the next governor of Anambra State should come from Anambra South. Anambra Central and Anambra North should wait for their turn. Without doubt, zoning is central to an enduring and inclusive political culture in Anambra State. Zoning has enriched Anambra politics and engendered more development in the state. It will still encourage peace and unity among the various people of the state. Nobody must change the rules in the middle of the game.

Igbos cannot be championing for power rotation at the centre and trying to jettison the same principle at home. If charity must begin at home, Anambra people must embrace the power-sharing formulae.

The same formulae are recommended for all the South-East states. It is the best way to make politics less contentious and inclusive. What the political parties should do is to search for credible candidates from Anambra South and vote one of them in 2021. Every senatorial zone in the state can be able to boast of capable hands to direct the affairs of the state.

Those calling for the abolition of zoning because of their political ambitions do not love the state more than those insisting on power rotation. The unity of the state is more important than the political ambition of one or two individuals. Politicians, especially those from Anambra and other states in the South East, must-see politics as a vehicle for public service and not for personal enrichment which many take it to be at the moment.

They should not see politics as an investment that will attract high returns. They should stop using politics to further impoverish the people and make them their slaves. Political power must serve public good and not that of a few privileged individuals in the society. There is need for attitudinal change to governance issues by our people. Anambra 2021 poll will be peaceful and less acrimonious if the power rotation arrangement among the three senatorial zones of the state is respected. It will also reduce post-election litigations and other quarrels.