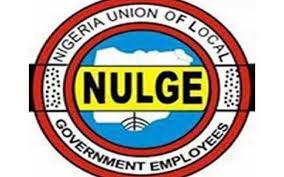 President of the body, Comrade Adigwe Chikwelu disclosed this yesterday in a chat with newsmen, saying the recruitment would forestall system collapse as well as bridge the successional gap existing in the system.

He regretted that the last recruitment was carried out in 2002, which he said was skeletally done, calling for a massive one for effective service delivery.

He said, “This is the 18th year there has not been recruitment in the Local Government system. In 2004, certain persons were recruited in the health sector. It is not the fault of this present government. But we want to bring it to their attention as an urgent issue to be tackled.

“When we are talking about recruitment, we are referring to well-advertised one. We are also not talking about senior officers. We need junior officers like messengers, clerical officers, typists, securities, drivers, cleaners, artisans and others. We don’t have them again. People are retiring, people are dying, the system is going down. As people are leaving, they need to groom others to replace them. But today, that succession is not there.

“Almost everyone in the Local Government is senior officer. You see a woman of Level 14 sweeping the floor. If you go to some of the Primary Health Centers, it’s very appalling to see only one staff there. I wonder how one person can assist a woman in labour.”

Acknowledging the numerous infrastructural developments of government amidst paucity of funds, the NULGE boss underscored the place of human capacity in the local government system.