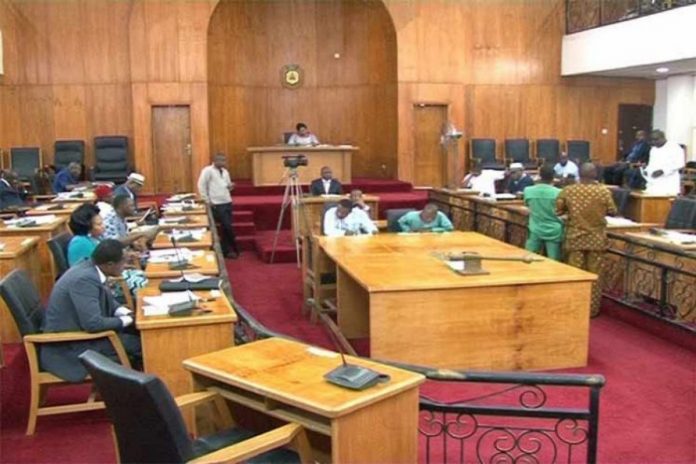 Anambra State House of Assembly Committee on Social Development Goals, Economic Planning and Donor Agencies has expressed worry over the abandonment of projects in some secondary schools in the state.

The committee also frowned at the level of work done by the contractors handling the project under the World Bank Assisted State Education Programme Investment Projects (SEPIP).

Speaking during an oversight function to some government awarded project sites, Committee Chairman, Mr Ebele Ejiofor,  said the Commissioner for Basic Education, Prof. Kate Omenugha,  had been invited to explain reasons for the delay despite release of funds for the projects.

The lawmaker who led other members to the sites recalled that Governor Willie Obiano-led administration in its first tenure had promised to ensure schools across the state were fenced in order to guarantee safety and security of both students and teachers.

Ejiofor, who doubles as the Deputy Minority Leader however regretted that some of the contractors were yet to meet expectations as nothing was on ground to justify funds released to them.

He said, “We’re particularly not happy with level of work done at Community Secondary School, Nnobi and  Government Secondary School, Utuh as well as the abandonment of about three hostel blocks which government had released funds to the contractors.

“It’s even more worrisome that none of the contractors showed up at the various project sites visited despite receiving an official letter about the visit.”

A surprise development broke the peace of the graveyard in the Imo State House of Assembly last week when the state lawmakers in an...
Read more
Politics

Ahead of the forthcoming Gubernatorial elections in Anambra slated for November 6th, the Peoples Democratic Party (PDP) has said that its governorship candidate for...
Read more
- Advertisment -