One Dead As Trailer Rams Into Shuttle Bus In Anambra 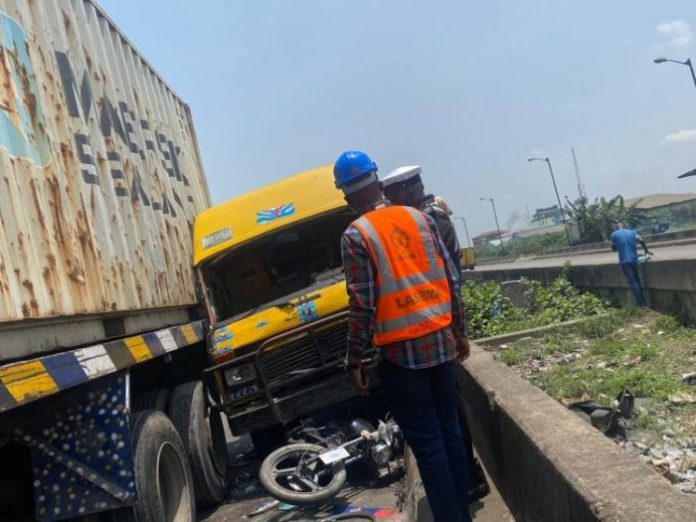 A middle-aged man has been confirmed dead in an accident involving a trailer and a shuttle bus at Amansea along Awka -Enugu Expressway, Anambra, on Wednesday night.

Mr Kumapayi noted that the accident, which occurred around 9.p.m., was caused by speeding and loss of control.

The FRSC boss noted that four male adults were involved in the accident and one of them died in the crash.

“The crash involved a red coloured Mark trailer with enlistment number JJT206ZY and a shuttle bus with registration number NEN04XQ.

“According to witnesses, the trailer driver was on excessive speed leading to loss of control.

“One of the passengers died instantly. The other three injured victims were rushed to Amaku General Hospital in Awka by FRSC rescue team for medical attention,” he said

Mr Kumapayi said the driver of the trailer had been handed over to the police for further investigations.

While condoling with the families of the dead, he warned motorists against speeding, especially within built-up areas.