Police Call For Identification Of Missing Boy Found In Anambra 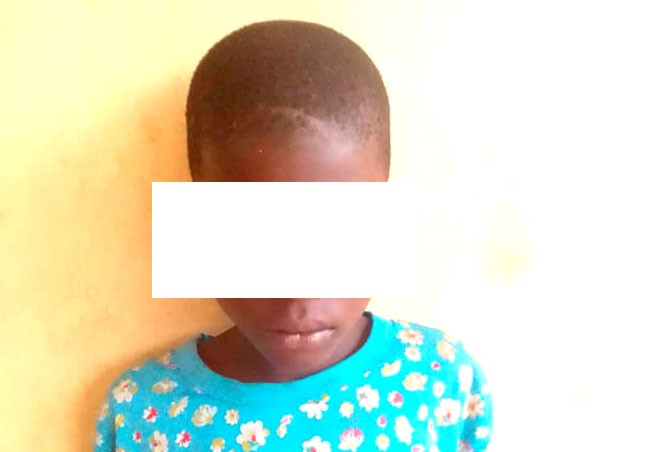 The police have found a missing boy said to have trekked from Nnewi to Awka, the Anambra State capital.

In a statement on Friday, the Police Public Relations Officer in the state, Haruna Mohammed, identified the boy as Akachukwu Gabriel.

Mohammed, a Superintendent of Police (SP), explained that Akachukwu was found by a team of policemen while on patrol on Wednesday along the UNIZIK Junction area in the state.

According to him, the three feet tall boy who is about 11 years and dark in complexion was trekking to Abakaliki in Ebonyi State.

The command’s spokesman noted that Akachukwu (as of the time of this report) is in the protective care of the police and called on his biological parents and close relations to come and identify him.

A photo released by the police authorities in Anambra State shows Akachukwu Gabriel.

Read the full statement from the police below:

On the 12/8/2020 at about 6:30pm Police patrol team attached to 29 PMF Awka while on patrol along UNIZIK junction found a male child of about 11 years old who gave his name as Akachukwu Gabriel. He is about 3 feet tall, dark in complexion and speaks Igbo language fluently.

The boy said he trekked from Nnewi to Awka en-route Abakaliki, in Ebonyi State where he allegedly hails from.

He is presently in the protective care of B’ Divisional Anti Human Trafficking Unit, Awka, pending identification of his parents or guardian.

In view of the foregoing, you are kindly requested to disseminate this massage through your medium to enable the biological parents or close relations identify him.

Anyone with useful information about the found child should report at B’ Divisional Police Station or contact PPRO Anambra State Police Command through GSM no 08060970639, please.