A Long Story Of A Second Long Niger Bridge 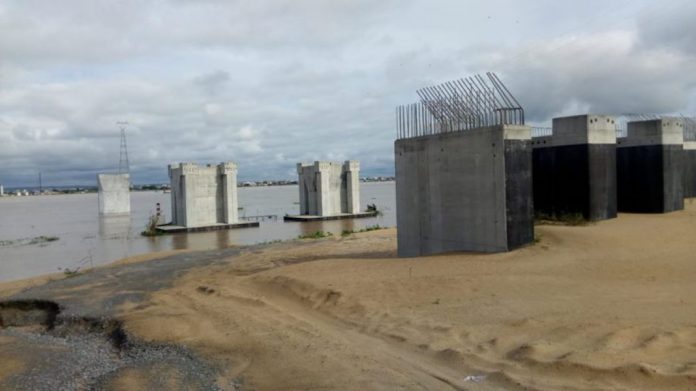 In the last 50 years, almost every leader of our country has used the construction of a second bridge across the River Niger from Asaba to Onitsha as a political song to advance their partisan agenda.
The first River Niger Bridge as it stands today is a beautiful architectural landscape arching over the River Niger like a tightly drawn bow. This bridge was built around 1965, well before Eko Bridge in Lagos, which was to be the second bridge, after Carter Bridge, across the Lagos lagoon. At that time, the Carter Bridge, built-in 1901, was weakening in structure and being the only link between the Island of Lagos and the Mainland, had become a bottleneck in the burgeoning Lagos traffic of the late 1960s and early ’70s. There was also plan then to proceed with a third mainland bridge after 10 to 20 years, as part of a ring road around the growing city of Lagos and its islands. The first River Niger Bridge is a steel structure fabricated in France, assembled and built in the early ’60s by DUMEZ a French civil engineering company that was prominent in road construction works in Nigeria.

About a decade later, the company was again commissioned to fabricate and build the Eko Bridge in Lagos, but the Germans came up with a better design arrangement and financial package for the Eko Bridge. There were some objections at that time to having one company handle the two most important projects in the country, and together with a reinforced concrete design and financing package, Julius Berger, a German civil engineering company, won the contest and was awarded the contract for the design and its construction.

Most people then in the industry followed the plan that was to build a third mainland bridge for Lagos and a Second River Niger Bridge that was an important section of the highway that is part of the Trans-Sahara Highway, featuring the East-West Highway that would pass through to the Cameroons, then Central Africa to Southern Africa. Though late in the plan of road construction in Nigeria, the Third Mainland Bridge was built, but the Second Niger Bridge remained a mirage for years.

The proposed Second Niger Bridge suffered with changes in government and changes in political patronage. With the end of the civil war in 1970, the Nigerian government, touting the ‘no victor, no vanquished’ principle for peace, enunciated the 3Rs (Reconciliation, Rehabilitation, and Reconstruction) as the mantra to drive national integration of our fractured polity.

For myriads of reasons, and 50 years down our path to nationhood, we are still far from the ideals of that mantra, and so is the completion of the Second Niger Bridge.

The state of the First Niger Bridge will cause the heart of any engineering student to flutter when taking a drive on it.

It is very clear that, if anything should bring about the closure of the bridge for safety reasons, the economy of several states in Nigeria, South, and North, will suffer. The country will probably go into a deep recession that will hurt our economy enormously.

The current traffic load on the bridge is detrimental to the stability and competence of the structure itself. To worsen matters, there are two security check points at either side of the bridge ends. These slow down traffic, resulting in the creation of a parking lot on the bridge as traffic crawls to a halt for hours on end daily. The snarled traffic imposes heavy static loads on the bridge structure, and no bridge, no matter how well built, can accommodate such static loads in permanent places all the time.

It is, therefore, imperative that the safest remedy is to finish the Second River Niger Bridge sooner than its present pace so that the older bridge can be closed to all traffic to enable a complete refurbishment and strengthening of the bridge members. While we are waiting for the completion of the second bridge, it would help to relocate the security check points away from the bridge heads for now.

The war ended 50 years ago. The siege mentality does not help reconciliation in any way.

Another fervent plea is that this older bridge SHOULD NOT BE ABANDONED. We should not fall into the usual myopic temptation of building to replace. Road networks are composed of new ones built to add to the existing to ease transportation of goods, people, and services. The basic design of this first bridge is sound and can be strengthened with the fabrication of stronger but lighter steel members that would last another 50 years and some more.

The construction of the Second Niger Bridge project commenced on March 10, 2014, when then-President Goodluck Jonathan flagged it off. The project was awarded as a design, build, finance, operate, and transfer the contract to the consortium of Julius Berger-Nigeria Sovereign Investment Authority (JB-NSIA Consortium).

This is a public-private partnership with the Federal Government contributing about 28 per cent of the project fund, while Julius Berger contributes 72 percent. The latter has 30-year management of the project roads and bridges on completion to recover its costs through the payment and collection of toll fees. The project cost as of date is put at ₦226 billion, and completion is estimated to be February 28, 2022.

It is important to note that actual works commenced on the site September 1, 2018. Prior to that time, the project preparations were consumed with designs, the quest for institutional financing, including the Federal Government’s counterpart funding, obtaining project and construction approvals, material sourcing, and detailed project planning and resourcing. 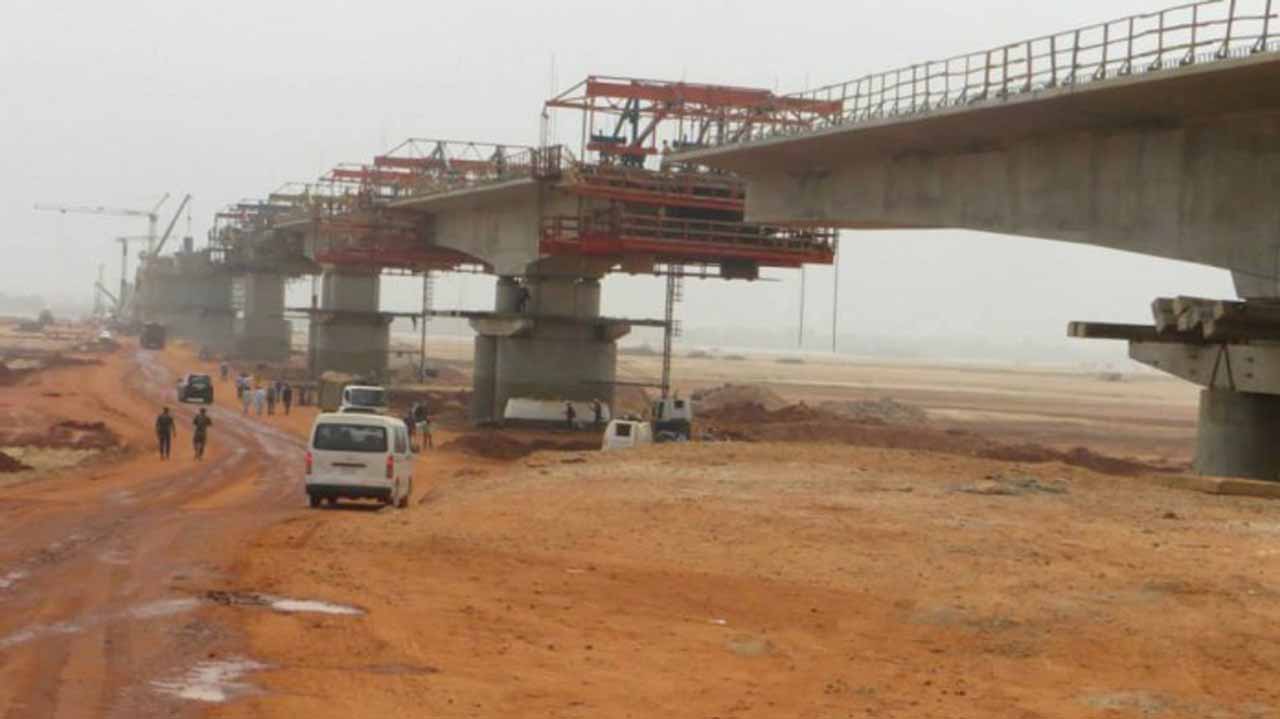 According to reports, as at December 7, 2018, progress of works was at 16 percent. By the end of the third quarter of 2019 construction period, progress was at 30 percent. Today works on all accessible areas seem to be progressing well around 37-40 percent.

We all know that the contractor delivers in good time. But progress cannot depend on him alone. The Federal Government must meet their obligations timely. These include timely payments of the tranches of their counterpart funding, speeding up of bureaucratic procedures, security issues, right of way procurement, and loan guarantees. 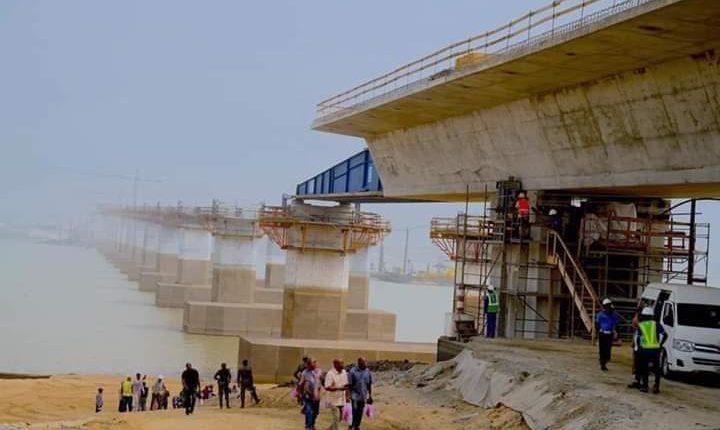 Southeastern Leaders should also do their part and strive hard for the development and establishment of this bridge because it would be most beneficial to the Southeast region when it is completed.

This is a very good project that would benefit Nigeria as a whole. Admittedly, those who do not see it as a sectional project are correct; it is not one. The continuity of purpose exhibited in this project can be a model for such infrastructurally and economically uplifting projects across the country. Yes, it has taken longer to take off, let us keep our feet on the throttle and not let go again. Every administration must believe in inclusivity and strive never to drop the ball.