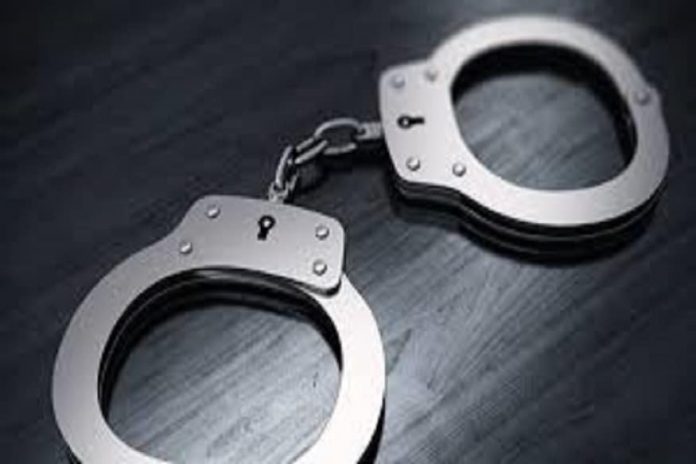 The son of a visually impaired man, Emmanuel Nwonu, was on Thursday, sentenced to 12 months’ imprisonment without an option of fine by an Ebonyi State Magistrates’ Court sitting in Abakaliki for stealing church offering.

The convict, had penultimate Wednesday, stolen an undisclosed amount of money and a phone from a woman in the Udunukwe area of Abakaliki, the state capital.

Our correspondent gathered that he was arrested by men of the Nigeria Police on Monday and the sum of ₦41,465 was found on him.

Nwonu had told the police that he barged into the St. Patrick Catholic Church, Kpirikpiri, in the Abakaliki Local Government Area of the state, on July 11, 2020, broke the offering box and stole the sum of ₦41,465.

He was arraigned on two counts of burglary and stealing on Thursday.

The charges read, “That you, Emmanuel Nwonu, July 11, 2020, at St. Patrick Catholic Church, Kpirikpiri, Abakaliki, in the Abakaliki Magisterial District, did enter a building used for religious worship and stole the sum of ₦45,465 belonging to St. Patrick Catholic Church, thereby committing an offence punishable under Section 415 of the Criminal Code, Cap. 33, Vol. 1, Laws of Ebonyi State of Nigeria, 2009.

“That you, Emmanuel Nwonu, on the same date and place and in the same aforesaid magisterial district, did wilfully and unlawfully damaged one offering box and it’s padlock valued at N15,000, property of St. Patrick Catholic Church, Kpirikpiri, Abakaliki, thereby committing an offence punishable under Section 451 of the Criminal Code, Cap. 33, Vol. 1, Laws of Ebonyi State of Nigeria, 2009.”

The police prosecutor, Sergeant Alumona Sebastine, tendered the stolen cash, the damaged padlock and a phone as evidence against the convict.

Nwonu, who pleaded guilty, said his poor condition pushed him into crime, adding that life had not been meaningful to him since he lost his job as a driver.

“I am really suffering taking care of my visually impaired father; it has not been that easy for me. Currently, I have no place of my own to stay. I sleep under the Spera-In-Deo flyover every night. I am a driver and I lost my job, and since then, I have not found any other job to do,” he said.

Magistrate A. C. Nwusulor said the offences would have earned the convict seven years’ imprisonment, but decided to limit the sentence to 12 months so that the Nwonu c ould think and repent.

This was the third time the suspect would be arrested for burglary and stealing as he was apprehended twice in 2017.