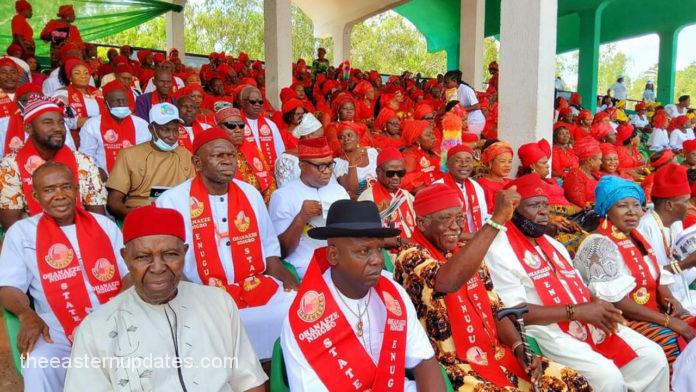 With less than 33 days to the 2023 presidential election, the Ohanaeze Ndigbo worldwide on Sunday revealed plans to hold meetings with Arewa and Northern youths.

Okechukwu Isiguzoro, the Secretary-General of Ohanaeze Ndigbo, said the meeting was aimed at mobilising, re-orienting, and sensitizing Nigerian youths ahead of the presidential elections.

Isiguzoro pointed out that Ohanaeze would aid the youths in forming an alliance ahead of the February elections.

A statement by Isiguzoro reads partly: ‘Ohanaeze Ndigbo will play host to all the ethnic Nationalities Youths across the country with the assistance of the Arewa and Northern Youths to re-orient, sensitise and mobilize the Youths ahead of 2023, we are facilitating the Nigerian Youths towards last-minute sensitization meeting in Enugu by February 1st, 2023 and to counsel them to vote out proponents of corruption and secure their future through aggressive mobilization of voters in uniformity across the country to vote for the right leaders using their platforms as ethnic youth organisations.’

‘In the interest of Nigeria, and especially for a better and united Nigeria, Ndigbo has accepted the burden to support the youths of Nigeria to form alliances with the various groups since there is evidence of renewed interest across the board for the youths to vote in uniformity for the candidate of their choice in 2023.

‘We have succumbed to pressures from Nigerian Ethnic Youths to organize them to vote in uniformity in the 25th February Presidential elections, as Elders no amount of sacrifice is little to contribute towards a good cause for the country.’

In another report, the National Executive Council, (NEC) of the apex Igbo sociocultural organisation, Ohanaeze Ndigbo Worldwide has announced a new date for the burial ceremony of its late president general, George Obiozor.

The family had earlier slated Friday, February 3 for the burial.