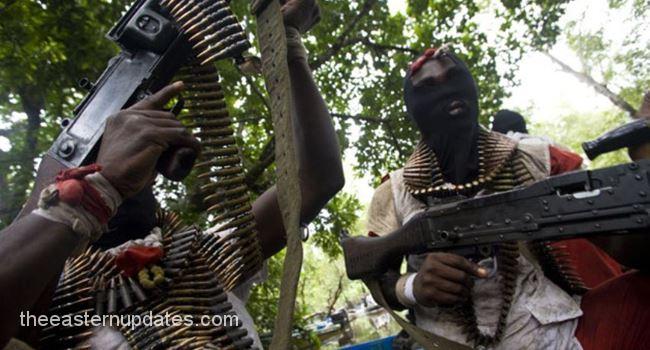 Some yet-to-be-identified Gunmen on Saturday kidnapped no fewer than six persons including a corps member at Ikem community in the Isi-Uzo Local Government Area of Enugu State.

The Eastern Updates gathered that the local government had come under attack recently following the recent invasion by suspected Fulani militia at Eha-Amufu.

An eyewitness who spoke to reporters who is also the Chairman of the Federated Ikem Improvement Union Enugu branch, Emeka Odoh, for three days, the masked gunmen laid siege to Ikem-Isioroto along Obollo Afor – Nkalagu road and drove the villagers into the bush.

Odoh said he was home from Enugu to join other members of the committee to find ways to strengthen the local security ahead of the coming general elections so as to ensure that people will exercise their franchise in peace.

He said, “As we drove out of the meeting venue, we found four gunmen on the main road brandishing guns. I was driving and instinctively reversed the car and behold there was another set of four gunmen behind us.

“The gunmen opened fire on us, shattering all the windscreens and the four tires, but I drove through the hail of bullets with flat tires to safety.

“One of us was badly hit by the bullets and was immediately rushed to Enugu where eight bullets were extracted from his body by surgeons. He is still recuperating at the intensive care unit of the hospital,” Odoh narrated.

It was gathered that the gunmen are yet to make contact with family members to demand for ransom.

Meanwhile, the police are yet to comment on the attack as at the time of filing this report.