HomeFeaturesSit-At-Home: Pregnant Woman, Others Killed By Gunmen In Enugu
Features

Sit-At-Home: Pregnant Woman, Others Killed By Gunmen In Enugu 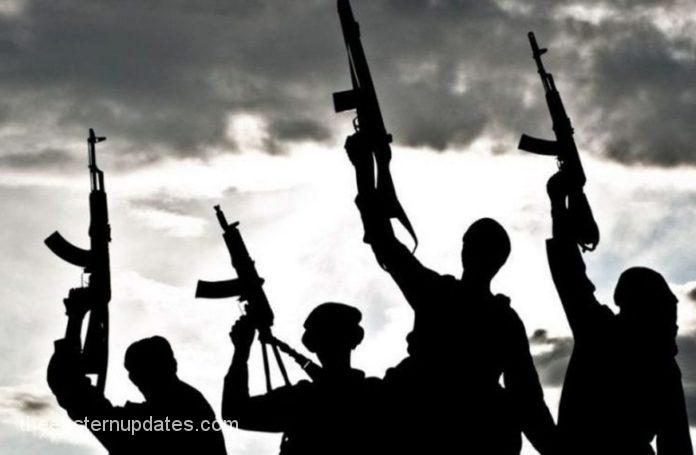 No fewer than three persons, including a pregnant woman, were part of those of murdered in Enugu State on Saturday by hoodlums enforcing Simon Ekpa’s five-day sit-at-home order in the South East.

The Eastern Updates reports that a pregnant woman, whose identity could not be immediately ascertained, was killed by a stray bullet at New Market during a gun duel between the hoodlums and policemen.

Sources who witnessed the shootings said that a bullet hit the woman who came for early morning market where she hid in a store.

A viral video seen by newsmen showed two yet-to-be-identified victims lying lifeless in front of the Enugu University Teaching Hospital, Parklane in a pool of blood.

The victims were said to have also been shot by the hoodlums.

Although the details of the attack were not ready available, a senior police officer confirmed the attack to newsmen.

He, however, noted that no policeman was killed, adding that a manhunt had been launched for the hoodlums.

A short video clip of the incident which was obtained by The Eastern Updates shows a white police patrol vehicle on fire.

The Eastern Updates gathered that the hoodlums,  numbering over 10, stormed the New Market area as early as 6am, probably to shut down the market but they were confronted by policemen patrolling the market area to reassure traders of their safety.

They were reported to have engaged the policemen in a gun duel and eventually succeeded in setting ablaze the police patrol vehicle while the operatives fled.

An eyewitness, Mike Ezeh, said, “I saw a group of boys around 6am this morning shouting at traders coming to market to go home. They were shouting, ‘Don’t you know there’s sit-at-home? Why are you disobeying it?’

Reacting to the attack, the Enugu State Commissioner of Police, Ahmed Ammani, ordered Area Commanders, Divisional Police Officers and Commanders of all the Tactical/Operational Units of the Command to ensure maximum deployment of all the command’s intelligence and operational resources under their watch, to effectively patrol and fish out miscreant.

The CP, in a statement issued by the command’s spokesman, DSP Daniel Ndukwe, described the sit-at-home as an illegitimate order and enjoined residents and law-abiding citizens “to remain vigilant, go about their lawful businesses and resist succumbing to the antics of the miscreants, including the spread of tension-causing fake news.”

According to the statement, normalcy had since been restored at the New Market area following the deployment of  a crack team of police operatives to hunt down the armed hoodlums, who shot sporadically and breached public peace in the area.