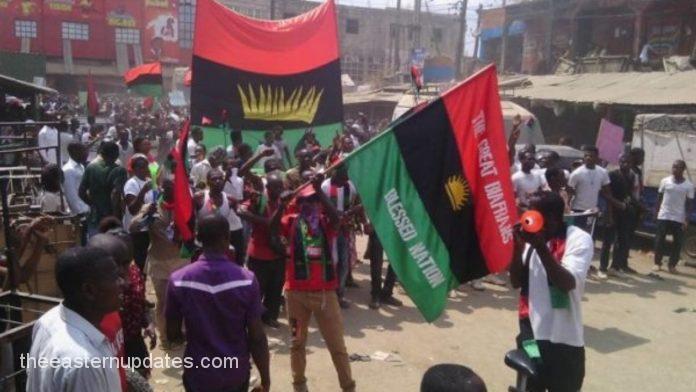 The Indigenous People of Biafra, IPOB, has distanced itself and the Eastern Security Network, ESN, from attacks on the offices of the Independent National Electoral Commission (INEC), maintaining that it can only ask people to boycott elections which it is yet to do.

IPOB’s spokesman, Emma Powerful in a statement yesterday accused the Nigerian Police Force of blackmailing its members over the recent attacks on INEC offices.

The Imo State Police Command had linked the attack on the INEC office in Orlu West Local Government Area of the state to ESN members.

However, Powerful said ESN is not a violent organisation.

His statement reads: ‘We have never supported nor involved ourselves in any election obstruction or violence as a movement. The only action we can take is to call our people to boycott voting if the need arises. But as of today, IPOB is not interested in Nigeria and its electoral activities and has never asked anyone to carry out any attack on our behalf.

‘For the Nigeria Government and her compromised police to link IPOB and ESN to their sponsored attacks on INEC offices has shown that they are working day and night to blackmail IPOB’s self-determination movement.

‘ESN operatives never attacked INEC office because we are not interested in this Nigeria’s forthcoming election in 2023.’

The Eastern Updates reports that barely 48 hours after the office of the Independent National Electoral Commission (INEC) was set ablaze by unknown gunmen in Ebonyi State, another facility belonging to the commission was yesterday burnt down.

The development was confirmed on Sunday to The Eastern Updates by the National Commissioner and Chairman Information and Voter Education Committee, Festus Okoye.