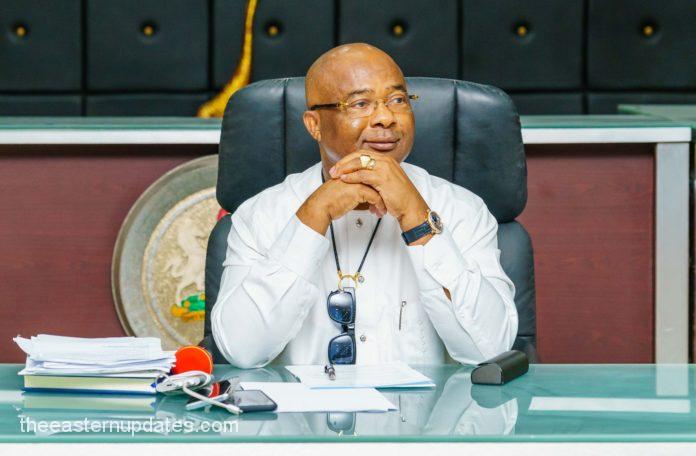 The Governor of Imo State, Hope Uzodinma over the weekend bagged a peace award from the United Nations for his efforts at promoting inter-ethnic harmony in Nigeria and good governance in the state.

The Eastern Updates gathered that he was nominated for the award by the United Towns Agency (UTA) for North-South Cooperation of the United Nations.

Country President of UTA, Princess Abigail Amalaha who made the presentation in Abuja, said other considerations for the award were the governor’s efforts at improving humanity and restoration of sanity to the land acquisition process in Imo State.

She said Uzodimma was selected for his outstanding performance towards poverty alleviation, protection of human rights, and contribution to quality healthcare through the Imo State Mobile Health Clinic Project.

Responding, Governor Uzodimma appreciated UTA for finding him worthy for the award and pledged to do more in advancing the course of humanity.

The award ceremony is billed to take place in Geneva, Switzerland later this month.

In another report, the Association of South East Town Unions (ASETU), has said it would allow Nigerians make an informed choice on which of the presidential candidates to vote for devoid of tribal and cheap considerations, before announcing its preferred candidate.

It, however, urged the army of Nigerian youths to back any candidate that they know would protect their interest as they stand to either benefit most or suffer heavily of the outcomes of the elections.

This formed part of the communique of ASETU’s quarterly meeting held in Enugu, where the group took a holistic assessment of the political development in Nigeria.

In the communique issued by the National President, Chief Emeka Diwe, yesterday, the Igbo Town Unions expressed satisfaction with the level of political consciousness so far shown by Nigerians towards the 2023 Presidential election, and the other elections that will follow thereafter.