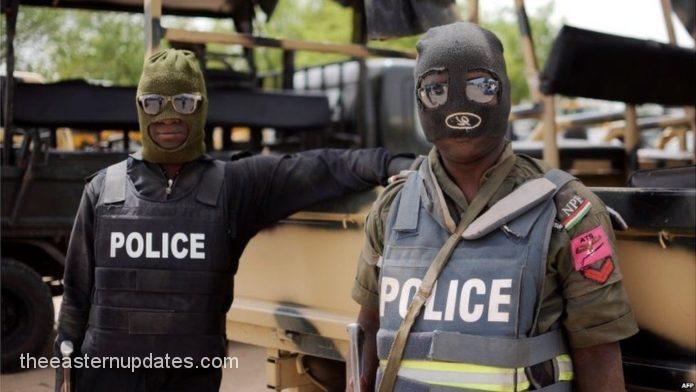 Ebonyi State Police Command has described as false the report that the Izzi local government area office of the Independent National Electoral Commission (INEC) was set ablaze by unknown gunmen.

It explained that the fire outbreak came from inside the office building.

In a statement signed by the police public relations officer, Mr Chris Anyanwu which was made available to The Eastern Updates, the command said on-the-spot assessment carried out by the police revealed that there was no perceived external attack on the property.

Anyanwu who noted that the two civilian security staff posted to the premises were not on their duty post when the incident occurred said that the fire incident was reported to the mobile policemen on duty by Nwebe Emmanuel, a retired security staff of INEC who was in his farm located adjacent to the INEC office as at the time of the incident.

He said, ‘On Sunday, the 27th of November, 2022, at about 1145hrs, a report was received by Ebonyi State Police Command that the office of the Independent Electoral Commission (INEC) situated at Iboko Izzi LGA was gutted by fire.

‘The deputy commissioner of police in-charge State Criminal Investigation/Intelligence Department alongside a team visited the office. Frantic efforts were made to put off the fire as attempt to reach the Fire Service, proved abortive’.

He said the team faced the challenge of gaining access into the premises as the INEC staff who locked up the gates and the main building was nowhere to be found. He added that the gate was forced open and the inferno was brought under control, but regrettably, over 60 percent of the building was already affected.

He added that an on-the-spot assessment conducted indicates that the fire emanated from inside the office building, noting that there was no perceived external attack on the property and the two civilian security staff posted to the premises were not on their duty post.