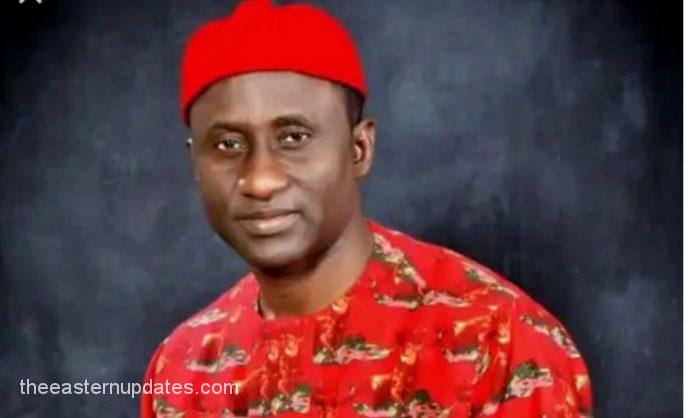 Ahead of next year’s general election, Dr. Uche Ogah who is the governorship candidate of the All Progressive Congress (APC), in Abia State has declared that 2023 would mark the end of pains and economic woes inflicted on the state by bad leadership.

Ogah who declared this while addressing a mammoth crowd of his supporters upon his return to the state after his federal high court victory in Abuja, said that his emergence as Governor would mark the beginning of a new chapter in the state.

He went on to regret that Abians had suffered untold hardship which he blamed on leadership ineptitude and lack of vision.

The Eastern Updates reports that a former Minister of State for Mines and Steel Development pointed out that his mission was to unlock the economic potentials in Abia and improve the living standard of the people.

He promised that under his watch, Abia would regain its position as the number one state.

Ogah who described his court victory as God’s will and victory for all Abians, said that APC was firmly united under him.

He went on to predict a landslide victory for the APC in the 2023 polls, soliciting the support of Abians.

The former Minister issued a quit notice to the ruling Peoples Democratic Party, PDP, saying that Abia had gone backward under its watch.

Former Speaker of the House of Assembly, Rt. Hon. Stanley Ohajuruka, said that Ogah had both in his private and public lives, demonstrated the capacity to lead the state.

Ohajuruka expressed faith that Abia would witness rapid transformation under the watch of Dr Ogah.