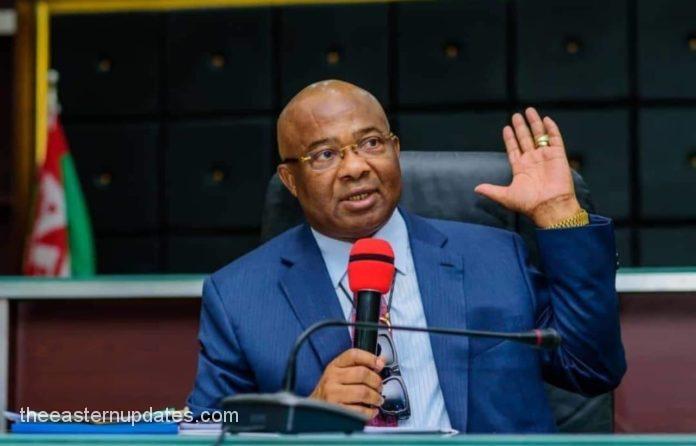 Charles Akaolisa who is the Attorney General and Commissioner for Justice of Imo State has asserted that successive governments in the state would not inherit any contractual debt incurred by the present administration of Governor Hope Uzodinma.

Akaolisa stated this, yesterday, while interacting with newsmen at the ongoing week of International Federation of Women Lawyers (FIDA), Imo State chapter, holding in Owerri.

According to him, Uzodimma’s government has remained transparent, careful and prudent in the management of state resources; and in awarding only contracts that his administration can fund so as not to leave any debt behind.

He said: ‘The current administration came in and saw a lot of obligations, which were left unattended to by the previous administration. This is why Uzodimma has been careful in awarding contracts, and has told every ministry to do so too.

‘When you talk about prudence, you will observe that this administration has been prudent. There is no ministry that can award contracts, and end up leaving heavy debt on the shoulders of state government, which it cannot afford. Therefore, contracts, which this government awards, are the ones it can fund, and ensure they are executed.”

‘So you will not see us leaving behind debts incurred by this government, because Uzodimma is paying for every contract his government awards. Any debt we would leave behind must be debts that we inherited, and not the ones we incurred. That is what transparency is all about, and that is what you can hold Uzodimma accountable for.’