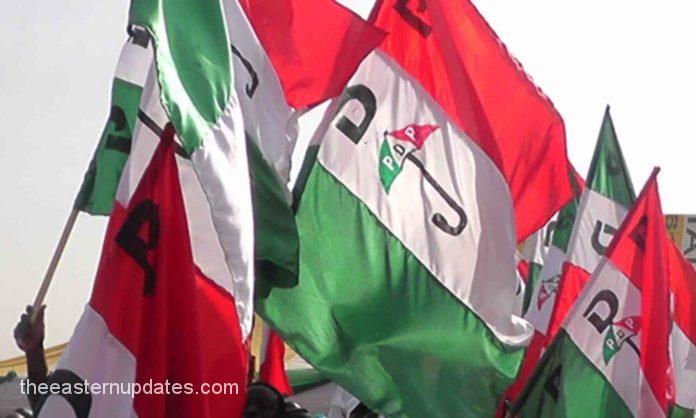 A Federal High Court sitting in Umuahia on Friday dismissed the suit seeking to nullify the Abia PDP primaries and thereby disqualify all PDP candidates for the 2023 election on the grounds that the congresses conducted by the PDP to elect delegates for the primary election that produced the candidates did not hold.

The plaintiffs had among other prayers, asked the court to sack all the Abia PDP candidates because the three-man delegates’ election which produced them never held.

Delivering judgement on the matter, presiding Judge, Justice Evelyn Anyadike, held that the conduct of Party delegate congress was entirely an internal affair of a political party and not justiciable in law.

The court held that “no law gives delegates right of action” in court to challenge the conduct of delegate congress.

According to Justice Anyadike, the suit can only be justiciable in the court if it were brought by an aspirant who participated in a primary election. The court subsequently dismissed the suit after resolving it in favour of the defendants, declaring that the plaintiffs lacked locus to sue.