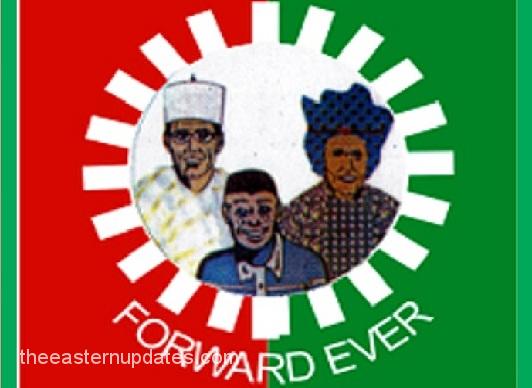 The Ebonyi State chapter of the Labour Party has finally demanded the immediate release of its Senatorial Candidate in Ebonyi South, Hon Linus Okorie,  who had been kidnapped on his way home on Sunday night.

According to the Labour party stakeholders, Okorie had also been allegedly abducted by some of the personnel of the South East Vigilante outfit, Ebubeagu.

National Chairman of LP, Comrade Julious Abure, said this in a statement, in Abuja, on Monday.

He said, “It is no longer news that some political actors in some South Eastern states particularly, Ebonyi and Enugu have vowed that Labour Party and its candidates will not be allowed to campaign freely in the zone.

“ This is evident with incessant attacks on members and supporters of the Labour Party and that of our candidates, particularly, our presidential candidate.

“This night attack is viewed by the party as a furtherance of the determination of these political  hirelings to frustrate the progressive incursion of the party across the nation and particularly in the South East.

“I therefore call on the Ebonyi state governor, His Excellency, Dave Umahi and the hierarchy of the security agencies particularly, the Inspector General of Police and the Commissioner of Police in Ebonyi State to immediately effect the release of our senatorial prospect, Hon Linus Okorie.“

The party chairman had also expressed fears that the frequent attack and kidnapping of innocent Nigerians, particularly the political class could have a major consequences in the coming general election.

Abure describes the situation as unfortunate and a threat to democracy.

He further said, “We see it as a threat to our democracy and it should not be allowed to progress or institutionalised.

“I want to recall what happened to our party in Anambra State last year when our governorship candidate, Hon. Obiography Agbasimalo was kidnapped at the heart of campaign and as I speak, nothing has been heard about him. Sadly, this is happening again.

“We therefore call on Inspector General of Police and other agencies responsible for the protection of life and property to rise to the occasion and ensure that Hon Linus Okorie is released.

“As alleged, the Ebubeagu Vigilante security in Ebonyi State is under the strict overlordship of the state authority and is known to carry out orders of the state government, deploying brute force on the people and residents of the state.

“We therefore demand that His Excellency, Governor Dave Umahi must rein in on this Vigilante or any other of the government agents to ensure that intimidation of perceived political opponents ceases, and that political rights of every Nigerian as enshrined in the constitution is respected.

“Finally, we urge the government to give directive for Hon Linus Okorie’s unconditional release from these criminal elements. “