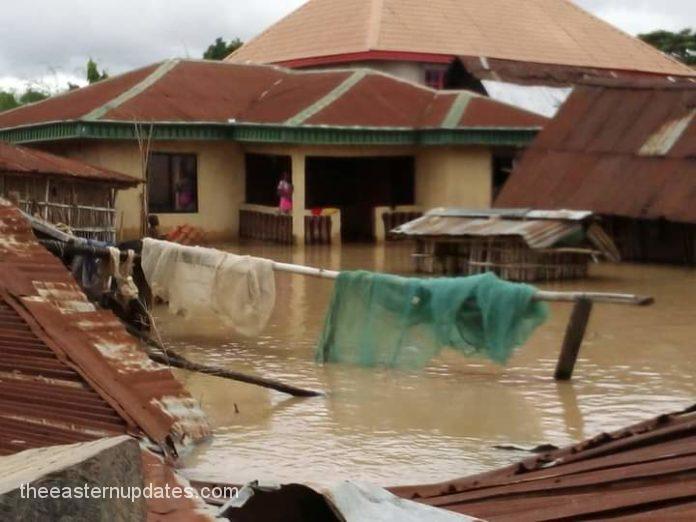 Chief Ogochukwu Nwasike who is the Chairman of the Flood Committee in Ogbaru Local Government Area, Anambra State, has disclosed that residents still trapped in the flooded communities are refusing to be lifted to the Internally Displaced Camps provided across the state.

Nwasike pointed out that the attitude is presently hampering smooth rescue operations around the flooded communities.

He made this known while speaking with reporters in an interview.

He lamented that even though the flood waters had reached the roof tops of buildings, the residents were turning down evacuation measures on flimsy reasons.

According to him, those still remaining at the flooded communities are refusing to be lifted into safety because they are protecting their houses and farmlands from being vandalised.

He added that more relief and rescue materials are expected from the National Emergency Management Agency on Tuesday.

He said, ‘The latest development is that NEMA will come today (Tuesday) with food items and materials. But as of Sunday, the transition committee chairman and a member of the House of Representatives provided a building for the victims and they came with speed boat to lift them but they refused to go.

‘They said they will not go because they don’t want their houses and what is left of their farm produce to be vandalised. We have been managing to bring cooked food from far to them.

‘The water level is stabilising, it is no longer increasing at the monumental level as it was few days ago, although it has not started to recede; it is just stable.’

The communities in Ogbaru have been mostly devastated by flood currently ravaging some parts of the state, where a boat ferrying people capsized.

However, NEMA and the Disaster Response Unit of the Military have commenced aerial view of the flooded communities in the state.

The exercise, according to the Zonal Coordinator of NEMA, South-East, Mr. Thickman Tanimu, is to ascertain persons who were still trapped by the rising flood with a view to airlifting them out of the affected communities.

He also pointed out that the delay in the arrival of relief materials is due to the flood disaster that cut off Abuja-Lokoja road and the security situation due to the Monday sit-at-home in the South-East.