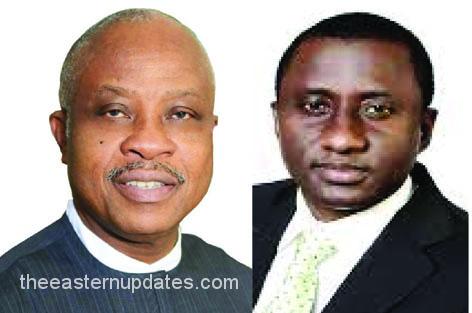 Claimants to the governorship ticket of the All Progressives Congress (APC), in Abia State, will today, October 7th, know their fate as the Federal High Court sitting in Umuahia, has reserved judgment in the suit filed by one of the governorship aspirants, Daniel Eke.

Ikechi Emenike and Dr. Uche Ogah who emerged from parallel primaries have respectively laid claims to the ticket.

Eke had approached the court to seek nullification of the primaries which he said did not comply with the party directives, INEC guidelines, and the new Electoral Act.

During a hearing at the High Court, the plaintiff’s lawyer, Obinna Nkume who dismissed ‘the purported primaries as a charade and a sham’, urged the court to quash them.

‘My client is saying that the APC governorship primaries in Abia were not conducted in line with the party guidelines, so everything they did was invalid.’

He argued that both “Emenike who claimed he emerged through indirect primaries and Ogah claiming to have been produced via direct primary, ‘cannot sustain their claims’.

The plaintiff’s lawyer argued that whereas the APC had directed for a direct primary for Abia, Emenike ‘purportedly emerged through an indirect primary in clear violation of the directive; while Ogah’s purported primary was not supervised by the party’s electoral committee.

‘For Ogah, the position of the Electoral Act is that if the party’s electoral committee does not participate in your primary even if INEC supervises it, such a primary is a sham.’

But counsel to APC urged the court to dismiss the suit arguing that the plaintiff is not a registered member of the party in his Igbere Ward.

He further argued that the plaintiff had by his own written evidence, admitted that he did not participate in the primaries, hence, he had no locus to challenge the outcome of the exercise.

Chief Emenike’s lawyer, H. O Afolabi, SAN, allied himself with the submissions and arguments canvassed by APC’s lawyer, adding that the plaintiff must first prove that he participated in the primaries before challenging the outcome.

Ogah who sought to be joined in the suit through his Counsel, Oliver Amuzie, urged the court to void only the result of the indirect primary that ‘purportedly produced the 2nd defendant (Emenike), arguing that it was in clear violation of the party directives.’

Ogah’s lawyer further urged the court to disregard the argument that the plaintiff had no locus in the matter based on non-participation whereas his name was on the result sheet.

Ogah’s lawyer, however, said his client’s candidacy should be affirmed haven emerged from a direct mode of primary as directed by the party leadership and supervised by INEC.

Meanwhile, INEC counsel, D. I Amadi, said that the commission was not an interested party in the matter, but urged that the suit be dismissed in its entirety.

After listening to the arguments of all the parties, the presiding Judge, Justice Evelyn Anyadike, reserved judgment for Friday, October 7.