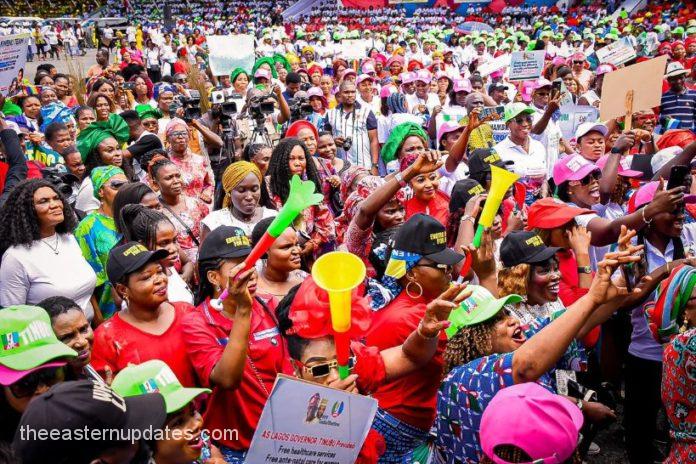 The All Progressives Congress (APC) women in the South-East on Wednesday held a rally in support of the party’s presidential candidate Bola Tinubu and his running mate Kashim Shettima.

The women’s wing of the APC presidential campaign South-East zone gathered in large numbers at the Rear Admiral Ndubuisi Kanu Square in Owerri, the Imo State capital to drum up support for their party’s candidate.

The leaders of the group who were dressed in colourful attire took turns addressing the crowd and urged them to vote for the party’s candidate.

Chioma Uzodimma, South-East Women’s Coordinator for the APC Presidential Campaign and the wife to Governor Hope Uzodimma of Imo State, said Wednesday’s rally is a preamble.

She urged the women to get their permanent voter cards and on “that day, from beginning to the end,” vote APC candidates.

On his part, Governor Uzodimma said the APC is the party to beat in next year’s exercise. He expressed confidence that the duo of Tinubu and Shettima will cruise to victory in 2022.

The women also marched through the streets of the Imo State capital as they ramped up support for Tinubu.