HomeFeaturesGroup Fumes Over Killing Of Igbo Businessmen In Kano
Features

Group Fumes Over Killing Of Igbo Businessmen In Kano 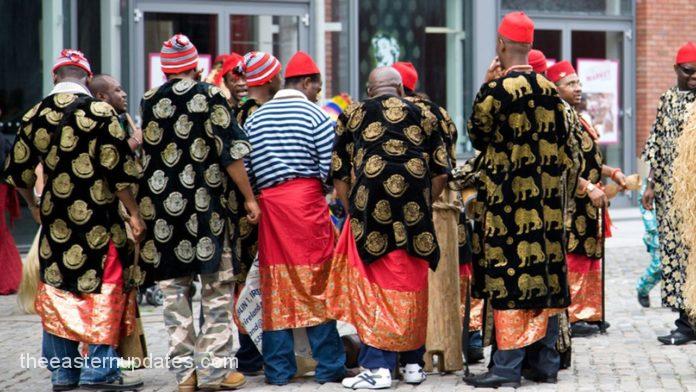 The Coalition of South East Youth Leaders, COSEYL, has vented their frustration over the alleged assassination of two young Igbo traders in Sabongari area of Kano State.

The Eastern Updates had earlier reported that gunmen on Saturday night killed one Ifeanyi Elechukwu, aged 41, and his friend, Chibuille Emmanuel, 33, around Azubros Plaza, off France Road, Sabongari.

The Islamic State West Africa Province (ISWAP) had in a statement said the unfortunate attack was carried out by “soldiers of the caliphate”.

However, COSEYL in a statement on Monday by its President General, Goodluck Ibem alleged that there was foul play in the death of the two young men, stressing that the report has “a political undertone.

The group demanded an independent investigation to unravel the perpetrators of the act and why the victims were assassinated.

The statement claimed that the incident occurred a few hours after the Labour Party presidential candidate, Peter Obi visited the state.

“It is on record that Mr Peter Obi was in Kano State over the weekend to make some consultation about his Presidential ambition where he met with the Emir of Kano to solicit for their support and two Igbo traders were killed by 8:50pm on the same Saturday Peter Obi was in Kano.

“Ifeanyi, Chibuike and other Igbo traders have been doing their legitimate businesses in Kano for so many years now, why will these two young men be suddenly assassinated just the same time Peter Obi came to Kano for political consultation?

“We call on the Inspector General of Police, IGP Usman Baba, the Governor of Kano State Alhaji Abdullahi Umar Ganduje to unravel the true killers of those innocent traders”, the statement added.