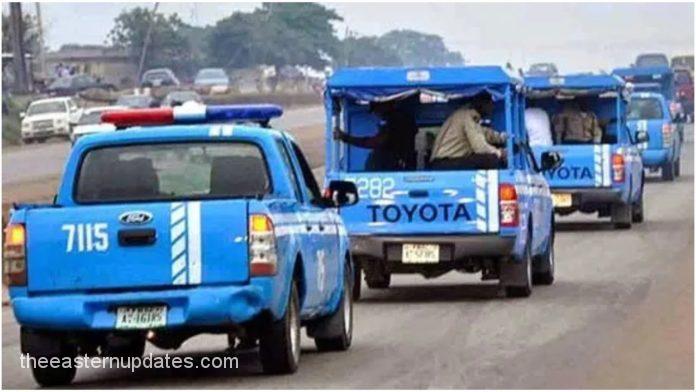 The Federal Road Safety Corps (FRSC) in Anambra State has offered an explanation of the measures it is deploying to reduce the spate of road accidents in the state.

The Sector Commander of the FRSC, Adeoye Irelewuyi, who spoke with reporters yesterday, disclosed that the command has been enforcing rules on speed limits in the state.

‘We have operational equipment that we use to enforce the rule on different categories of roads,’ he said.

Mr. Irelewuyi said the command was also organising sensitisation programmes for commercial drivers and other road users to ‘educate and change their attitudes to over speeding.’

Overspeeding has been identified as the major cause of road accidents in Anambra, according to him.

“Attitude is more important. It is better to reach the drivers and let them by themselves have a change of attitude and decide not to over speed.

“We do public enlightenments for different categories of drivers. We embark on advocacy visits. We do early morning sensitisation, reaching out to drivers at motor parks to talk to them directly,” Mr Irelewuyi said.

Anambra recorded 23 deaths from 33 road crashes between 17 December 2021 and 15 January 2022, according to a report released by the command in January.

Mr Irelewuyi said recent data on road accidents in the state was not available at the moment, but it appeared there has been an increase in road accidents since the beginning of September. The major cause of the accidents was overspeeding, he said.

“That’s why this ember months and towards the Christmas and New Year period, we are focusing on speed control, use of spare tyres and overloading,” he said, adding that the command had increased enforcement of traffic rules ahead of the festive period.

“We are fully prepared for the (traffic) challenges of the Christmas and New Year period.”

Mr Irelewuyi said the command was also adopting measures to curb drunk driving among motorists, saying the offence is against the National Traffic Regulation Act and the FRSC Establishment Act 2007.

“In a situation where we suspect that a driver is guilty of drunk-driving or driving under the influence of drugs, we carry out some tests on the driver, and if it is confirmed, the vehicle can be impounded,” he said.

Mr Irelewuyi said their major challenge in the state has been the poor attitudes of motorists and other road users. He said the poor attitude manifests in overspeeding and impatience of many drivers.

“Attitude is a very difficult thing to change. When you are already used to a particular way of behaviour, it takes time to disengage your mind from behaving in that way,” he said.

The sector commander said insecurity was another challenge affecting their operation in the state.

He, however, said there has been a decline in insecurity in recent times in Anambra.