HomeFeaturesAnambra Govt Bans Use Of Miniskirts As School Uniform
Features

Anambra Govt Bans Use Of Miniskirts As School Uniform 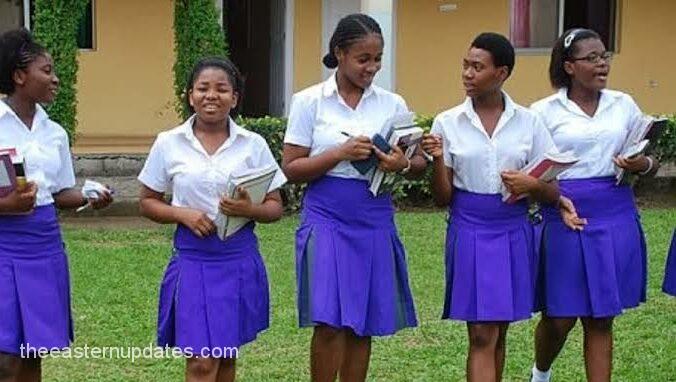 The Government of Anambra State has announced a ban on the wearing of miniskirts as a school uniform in all schools in the state.

The Commissioner for Education, Prof. Ngozi Chuma-Udeh, made this known while speaking in Awka on Sunday that the announcement of the ban became necessary as schools resume on Monday.

She said the ban had been communicated to Education Secretaries of public and private schools in the state.

The commissioner condemned the growing trend of wearing miniskirts as school uniform and said it was morally wrong and unacceptable in children of school age.

‘A student should look smart, well groomed, project positive vibes and not be indecently dressed for school.

‘The acceptable length for uniforms in the state remains knee length and not above the knee, which is fast becoming the fashion trend in schools,’ she noted.

The commissioner said Education Secretaries had been charged to ensure that schools complied with the directive to salvage the future of students in the state.

Chuma-Udeh also urged the secretaries to instill the right morals and discipline in students so that they would be well-behaved and grow to become responsible adults.

In another report, traders at the New Auto Spare Parts Market, Nkpor in Idemili North Local Government Area of Anambra State, on Friday clashed with the market authorities, as a protest staged by the group became chaotic.

The Eastern Updates reports that the protesters who came under the aegis of Shopowners/Landlords in the Market, were demonstrating against the alleged attempt by the market authorities to erect some shops on top of the existing ones in the market.

They alleged that the chairman of the market, Elisius Ozokwere, had announced plans to construct more shops during their meeting and had commenced implementation without consulting them.