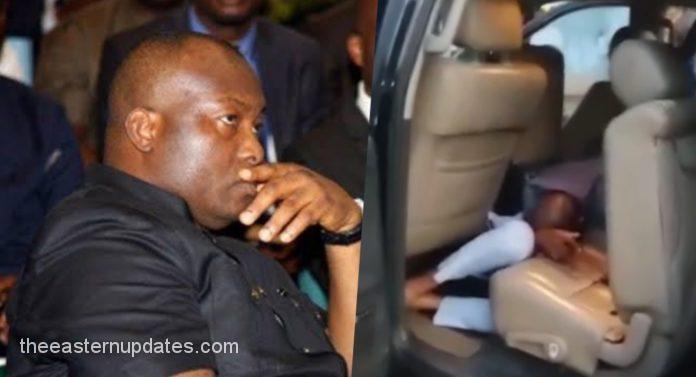 The Police Command in Anambra State has confirmed that five persons, including two policemen and three civilians, were killed when gunmen attacked the convoy of the senator representing Anambra South, Ifeanyi Ubah, on Sunday.

The state Police Public Relations Officer, Tochukwu Ikenga, made this revelation in an interview with reporters on Monday evening.

The Eastern Updates had reported that Ubah’s convoy was attacked by gunmen in Enugwu-Ukwu, Njikoka Local Government Area of the state on Sunday while returning to his home town, Nnewi.

Apart from the five persons killed, the police spokesperson added that two policemen, who were injured, are currently receiving treatment.

‘Two policemen and three civilians were killed in the attack while the two injured police officers are currently receiving treatment.

‘No arrest has been made yet as we are still exploring every avenue to unravel the perpetrators of the attack. Further details will be communicated as development unfolds,’ Ikenga said.

Meanwhile, a source identified some of the victims of the attack, saying, “Senator Ifeanyi Ubah lost his treasurer, Mr Ikechukwu Odum, who is his most trusted aide. He also lost his personal assistant, Mr Goodness Mathias.

‘Another man killed, who was not in the convoy of the Senator, was identified as Onowu Agu-Ukwu Nri. He is said to be a titled chief in the neighbouring Nri community and had just driven to Enugwu-Ukwu to drop someone who visited him, who would be travelling to Lagos this morning, and he was unlucky to be at that point at the time when Senator Ubah was attacked.

‘He was driving an SUV, so the assassins may have thought he was in the senator’s convoy, and he was gunned down.

‘During the confusion on Sunday, all the cars were just hitting one another. Since the vehicle the senator was driving in was bulletproof, his driver managed to manoeuvre out of the damaged cars and drive away, even as it was being shot at.’

All efforts made to speak to Ubah proved abortive as his telephone line did not connect.

But the senator’s Media Assistant, Mr Kameh Ogbonna, said if not for the bulletproof SUV, his principal would have been killed by the assailants’ bullets.