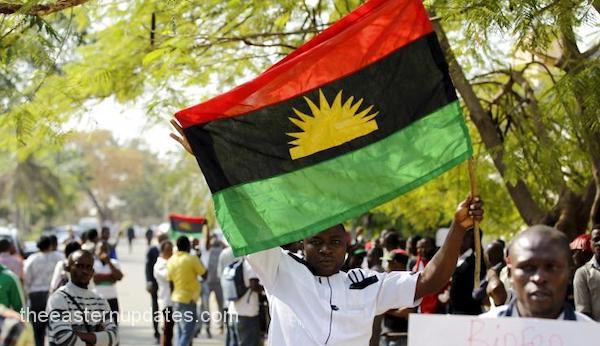 The Indigenous People of Biafra (IPOB) has slammed the Department of State Services over a statement by the secret service’s spokesperson, Peter Afunanya, denying the forceful abduction of citizens.

The IPOB accused the DSS of forcefully abducting citizens, adding that Amnesty International was correct with its publication exposing the inhumane activities of the secret service.

This was contained in a statement by the IPOB’s lead counsel, Ifeanyi Ejiofor, on Friday.

Amnesty International had accused the DSS of abducting and terrorising citizens at will.

In a statement on Wednesday, titled, ‘Police, SSS abducting innocent Nigerians under Buhari regime,’ the human rights organisation said it was unfortunate that the Nigerian government continued to use enforced disappearance as a longstanding tactic to silence critics and instil fear in civilian populations.

To mark the commemoration of the International Day of the Disappeared, AI said, “Nigerian authorities must show genuine commitment to ending the heinous crime of enforced disappearances, which is still prevalent in the country.

“When people are arrested by state agents, without any trace of their whereabouts, and the state denies knowledge of where they are, their families are exposed to unthinkable suffering; they find it difficult to move on as they wait each day in anguish, hoping their loved ones’ return.

“Between 2020 to 2022, Amnesty International Nigeria has documented several cases of enforced disappearances, mass arrest, torture, extortions, ill-treatment, and extrajudicial executions by law enforcement officers responding to the activities of IPOB in the South-East and South-West.”

Reacting to the AI’s claims, the DSS, in a statement on Wednesday, denied engaging in the abduction of Nigerians, adding that the secret service only endeavours to protect them.

Responding to this, IPOB’s lead counsel, Ejiofor, claimed that Amnesty International was correct in its accusation of the DSS over forceful abduction.

Ejiofor said, “Enforced disappearance is the secret abduction or imprisonment of a person by a state or political organisation, or by a third party with the authorisation, support or acquiescence of a state or political organisation, followed by a refusal to acknowledge the person’s fate and whereabouts with the intent of placing the victim outside the protection of the law, and the DSS is guilty of this.”

Citing the International Convention on Enforced Disappearance, the IPOB’s lead counsel wondered whether the DSS was conscious of the provisions of the convention which was against the abduction of citizens by the state or any of its agency.

He said, “My attention has been drawn to the press statement credited to the DSS National spokesperson, Mr Peter Afunanya, in relation to this subject. I initially treated the obvious misinformation from the DSS, emanating from their spokesperson, as part of social media contrive until I watched the video clip last night.

“A careful look at Mr Afunanya’s facial expression as he was busy vainly trying to distort facts, depicts that of a drowning man struggling to survive, and strenuously conjecturing blatant lies to defend the uncivil activities of a supposed democratic institution like the DSS.”

Ejiofor queried the secret service, asking whether it had a legal means of carrying out its operations rather than the abduction of citizens.

“If one may ask – if the operatives of the DSS’ style of operation is not by enforcing forceful disappearance, kidnapping, and abduction of innocent citizens at the wee hours of the night, what other style permissible under the law have they been adopting in their operations? Maybe Mr Afunanya will throw more light on this.

“May I remind Afunanya that my office has countless number of judgements and orders from courts of competent jurisdiction, compelling the DSS to produce those they abducted at the wee hours of the night, and release them unconditionally. The list is endless.”

He noted that, on June 6, 2021, the operatives of the DSS led a bloody onslaught on his home in Oraifite, adding that the invaders gruesomely murdered his personal assistant, and dumped his lifeless body inside the boot of his car, zoomed off with his corpse, and later set the corpse ablaze inside his car around Neni town, in Anambra State.