HomePoliticsPeter Obi Did Not Make Any Deal With Atiku - Okupe
Politics

Peter Obi Did Not Make Any Deal With Atiku – Okupe 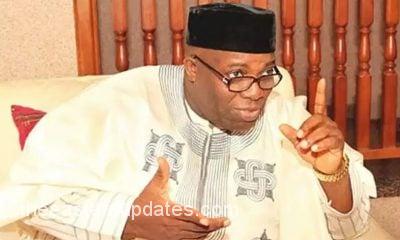 Doyin Okupe who is also one of the former presidential aides has come out to openly deny a report that had reiterated that the Presidential Candidate of the Labour Party, Peter Obi had struck a deal with the candidate of the Peoples Democratic Party (PDP), Atiku Abubakar with respect to the 2023 election.

Okupe had also explained that the former Anambra governor is currently enjoying the massive support of Nigerians, especially the youth and is far ahead of all other presidential candidates in the country.

It can also be recalled that Peter Obi had been Atiku’s running mate for the Peoples Democratic Party (PDP) in the last 2019 general presidential election.

Okupe in a statement on Wednesday maintained that Obi cannot, be negotiating with any other less popular candidates or their parties.

“Members of the public are hereby advised to ignore this cheap, self-serving and distracting propaganda, which we also believe is not coming from the Atiku camp.

“The train of the OBIdient movement gathers more and more electorates on an hourly basis, while it is evident that the political fortunes and followership of the other parties diminish and recede like a drying lake in the scorching heat of an arid desert.

In another report, the Peoples Democratic Party (PDP) gubernatorial candidate in 2021 and Business mogul, Valentine Ozigbo has asserted that Peter Obi and Labour Party (LP) have gained acceptance in all states in Nigeria and therefore it will be very difficult to stop him.

Ozigbo made the comment in a statement on Sunday on the 31st anniversary of the creation of Anambra.

He encouraged people of the state to play their part in the new wave of political awakening sweeping through the country.

The firmer Transcorp boss expressed hope that the 2023 election would spark a revolution in Anambra’s political landscape.