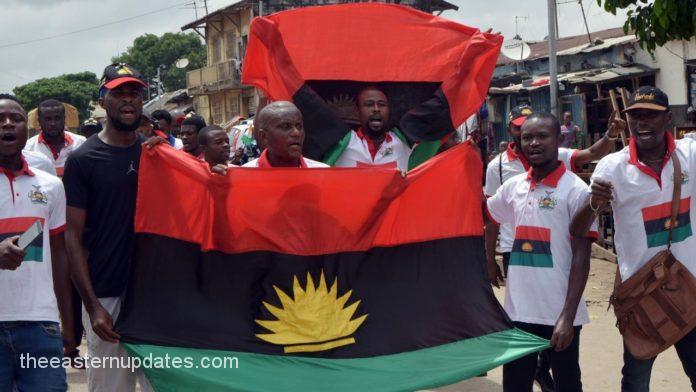 Some groups and associations in the South-East have rejected the so-called order on burial of the dead within three days issued by the Indigenous People of Biafra (IPOB), saying such an order was impracticable.

IPOB had, in a statement by its spokesperson, Emma Powerful on Wednesday, attributed the problems facing Igbo in recent times to the long period spent before burying their loved ones, and therefore, warned mortuaries in the South-East to abide by the directive even as it proposed shutting down morgues in the region.

Against this, the Simon Ekpa faction of the body, had given a counter directive, asking people to ignore the order by the Nnamdi Kanu led IPOB, describing it as an Islamic system of funeral.

However, IPOB spokesman has waved off Ekpa’s assertion, describing him as a ‘nobody’ who deserved no attention.

But many groups in the South-East have rejected the ‘order’. A faction of the Ohanaeze Youth Council led by Igboayaka O. Igboayaka has advised IPOB to concentrate more on finding ways of securing the release from detention of Nnamdi Kanu instead of issuing an order that is clearly against the Igbo culture.

Igboayaka further pointed out that such directive by IPOB does not conform to Igbo culture and is alien to the Igbo race. He therefore advised that the order be totally ignored by the people.

He said: ‘IPOB is a self-determination group, the issues of burial in Igbo land is cultural and traditional affair. IPOB lacks the legal frame to issue such order. Muslims bury their dead within 24 hours, so on which culture and religion or law is IPOB issuing order for three days burial?

‘We advise IPOB to advance more on possible means for the release of Nnamdi Kanu, which is very sacrosanct than any other thing.’

The Coalition of South East Youth Leaders (COSEYL), also totally kicked against the IPOB directive, noting that it’s unconstitutional to tell people when to bury their dead.

Also, the Igbo National Council (INC) on its own part described the directive by IPOB as an encroachment on human rights, especially on the affected families. A statement by the President of INC Worldwide, Chilos Godsent therefore urged Ndigbo to resist the directive.  He said: “We are very embarrassed by the misguided position taking by IPOB in their directive to compel Igbo Nation to bury corpses within three days from the day the person dies. That directive is an encroachment on the human rights of the affected families.”

Association of Igbo Town Unions has said IPOB should not decide when and how the Igbos should bury their dead, noting that it is a purely cultural/religious matter. ‘The timing is entirely the decision and choice of the deceased family. Some family may choose to commit their dead ones to mother earth shortly while others may deposit theirs in the morgue.

Facebook
Twitter
WhatsApp
Email
Telegram
Previous articleSit-At-Home: How Ikpeazu Made Abia Violence-Free – Ohanaeze
Next articleAvoid Candidates That Only Make Use Of Proxies – Obi