HomePoliticsDetails Of Peter Obi's Meeting With Olu Of Warri
Politics

Details Of Peter Obi’s Meeting With Olu Of Warri 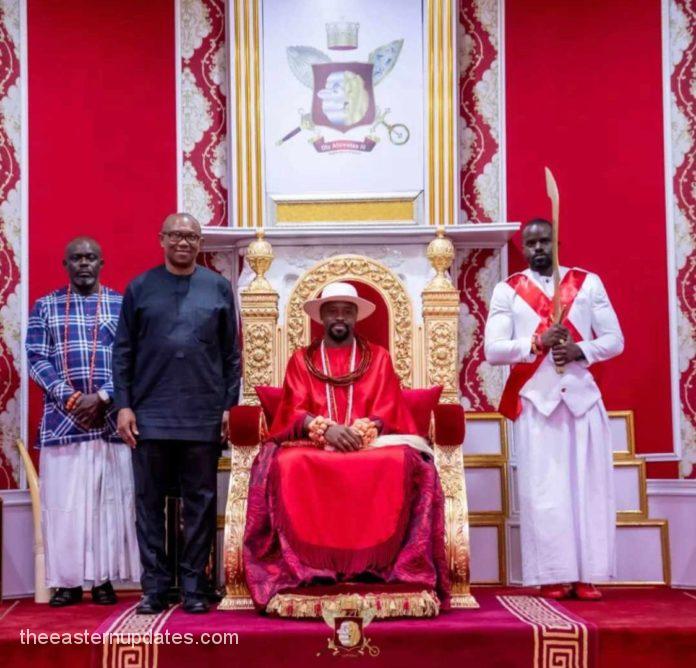 In lieu with his tour for the 2023 general elections, the presidential candidate of the Labour Party, Mr Peter Obi has on Friday visited and consulted with the Olu of Warri, His Majesty, Ogiame Atuwatse III.

The development has been reported to also be coming on the heels of the Olu’s first anniversary since he had ascended his throne in 2021.

The celebration activities of his one-year anniversary has also been scheduled to actually continue this Saturday (today) at his ancestral home, Ode-Itsekiri with cultural displays from sons and daughters of the land.

The former Anambra State governor has been on the news in the Country for meeting stakeholders over his 2023 presidential ambition.

Recall that the Labour Party candidate and the governor of Anambra State, Prof. Chukwuma Soludo on Friday met in Awka behind closed doors.

In lieu of his nationwide political tour, Peter Obi, the presidential candidate of the Labour Party (LP) has visited Anambra State and met with the State Governor, Charles Soludo on Friday.

Peter Obi who was also a former Anambra governor had visited Soludo at the governor’s lodge in the Amawbia area of the state.

In another report, Peter Obi who is the Labour Party (LP), Presidential candidate and also the former Governor of Anambra has announced that he is always committed to issue-based and clean campaigns while threatening to thwart plans to spread false information about him.

Peter Obi had also warned that he will be rebuffing all ploysby naysayers to spread deceit and calumny to create disaffection among Nigerians.